To view Post #531 (up now!) and all posts past this date, click the address below and don't forget to re-subscribe!

I have tested Blogger's scheduled posting feature today, and have come to realize that unless I am on this site at all times, scheduled posts no longer run when they're supposed to. Because it would be too difficult to continue running Bargain eBooks without this feature, as I can't be at my computer at 8PM every night to publish each post manually (or have my computer on all the time!) the blog is now moved over to Wordpress. This is to ensure that blog posts run automatically at 8PM EST each night and every submission has equal airtime.
New Bargain eBooks address: http://hollysbargainebooks.wordpress.com/
Though all submissions after today's will be at the new address, I will link back to this blog so that all posts here are still easily accessible.

I will continue to post submissions in the order that I have received them, starting with Post #531 at the new address, so there is no need to re-submit eBooks if you have sent them along already. Also, be sure to subscribe at the new address!
Posted by Holly Hook at 10:28 PM 4 comments: 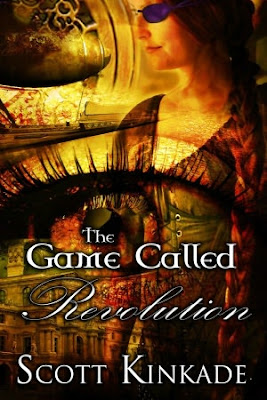 Why is this happening? Will the Ordre be able to save the monarchy from assassination? How is the Jacobin Club involved in this? What strange powers does the Count of Saint-Germaine possess? What is the secret of Jeanne's right eye? Is that sadistic Austrian woman friend or foe? All is revealed within What they're saying about it: no reviews yet
Posted by Holly Hook at 8:31 PM 5 comments: 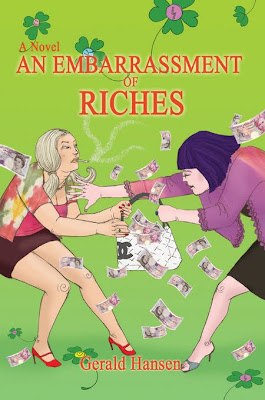 An Embarrassment of Riches by Gerald Hansen

When Ursula Barnett and her husband Jed win the Irish lottery, they think their troubles are over. But they are just beginning. Ursula coerces her Yank husband to retire in her hometown of Derry, Northern Ireland, hoping to atone for her youthful sins as a collaborator with the IRA in the 1970s. At the first sniff of Ursula s lotto win, however, her chronically greedy sister-in-law Fionnuala Flood rallies the family against Ursula.

Fionnuala's life is a misery. She is married to a boozing fish-packing plant worker and raising seven seedy hooligans, from a convict son to an eight-year-old devil-daughter who will resort to desperate measures to secure the perfect Holy Communion gown. Between two part-time jobs, Fionnuala still finds the energy to put into motion plans which pit husbands against wives, daughters against mothers, the lawless against the law and Fionnuala against anyone fool enough to cross her path.

Family saga and black comedy, love story and courtroom drama, An Embarrassment of Riches will take you on a journey to Northern Ireland and beyond, where Protestants and Catholics wage battle daily, and where crossing family with finance leads to heartache and hilarity, passion and tragedy.

"As absorbing as it is hysterical"--Publishers Weekly

"Wickedly hilarious and a masterpiece of black comedy"--Expat Maddie 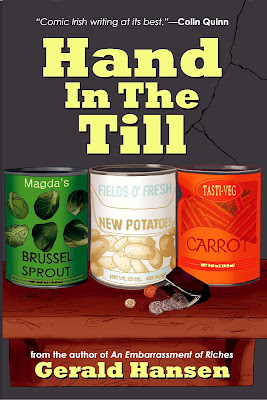 Hand In The Till by Gerald Hansen

With a family like this, who wouldn't need absinthe?

Fionnuala Flood, mother of seven unruly thugs, takes stock of her life as her 45th birthday approaches, and it couldn't be more of a misery. She's been fired from the corner shop for stealing, her two oldest sons are in prison, her husband's hands are fondling more than frozen fish at the packing plant, and her lesbian daughter has just published a book exposing the family's attempts to get their claws into Auntie Ursula Barnett's lottery winnings the year before. Daughter Dymphna, unwed mother, has just been kicked out of her boyfriend's house, adding two more mouths to feed.

Desperate to raise money to travel to Malta for the launch party and wreak havoc, Fionnuala puts into motion a get-rich-quick scheme that preys on the weaknesses of others and will hopefully add a bit of luxury to her empty coal bin of a life. The scam, however, unleashes dark secrets that bring Ursula back to town for a final showdown. Hand In The Till is a darkly comic look at revenge, retribution and, perhaps, reconciliation. With a shot of absinthe.

"A sequel that delivers" Mateo

"Are you kidding me? Brillince once again!" C Courtney
Posted by Holly Hook at 8:03 PM 6 comments: 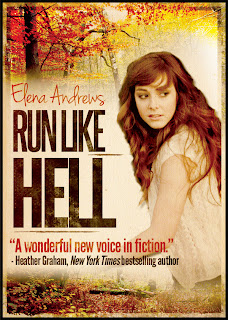 Morgan's story will keep the reader's attention to the very last page. The characters: Morgan's stalker, his family, her classmates, and Aunt Rory are interesting and genuine. The story is dead on. This young adult fiction is fast-paced and a very enjoyable read for all ages."--Amazon Reviewer
Posted by Holly Hook at 8:00 PM 2 comments: 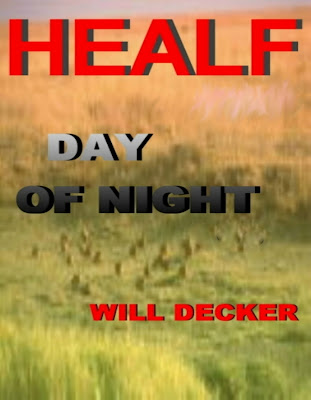 Day of Night by Will Decker

Book 3 in the HEALF Saga. Capt. 'Rod' Rodick's evil nemisis, Lord Balzar, is back! And he's building an army of sadistic soldiers to take back what he has lost. When Rod learns of his return, Rod feels it's his duty to bring an end to Lord Balzar's ambitions. But when Rod's allies are brutally murdered and Rod is captured, Lord Balzar's true intent becomes known. Lote's life hangs in the balance. 160,000 Words. 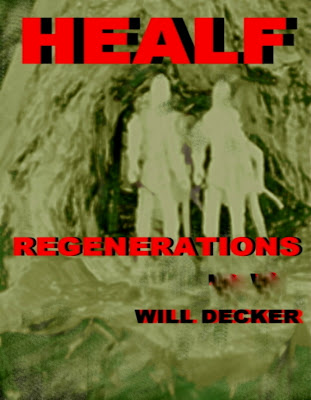 Regenerations by Will Decker


Book 4 in the HEALF Saga. Way back in book 1, Rod and Lote were seperated from her aging parents when the behemoth they were strapped to became spooked and charged wildly through the jungle. This is their story as told through the eyes of Hig and Leeta. Follow along as they discover all the secrets and adventures that Healf holds in store for them. 150,000 Words.
Posted by Holly Hook at 8:00 PM 2 comments: