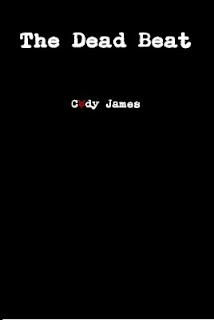 The Dead Beat by Cody James


It’s 1997, and the comet of the century is due some time about now, on its 3000 year roundtrip. For want of anything better to do, Adam and his meth addict friends end up in San Francisco, wondering where their place in the addict hierarchy might be, why no one has written a good book in over a decade, and just what the comet might mean, when nothing on earth means anything. And in a zip of light and a snort of meth the comet is gone, taking with it this last snapshot of earth for 3000 years, leaving Adam to wonder if it meant anything at all, or whether it was maybe just a bit cool that the sky looked different. Just for once. For the last time in his life.

What they're saying about it:
“The Dead Beat is pitch-perfect in its portrayal of the frenetic aimlessness of restless minds for whom the most pressing issues are getting the laundry done and fretting over ‘trying to decide what to do…gives a voice to the dead-beat generation and, in juxtaposing abhorrent lifestyles with poignant introspection, evokes sympathy for the human tragedy that lies within its blackest heart.” (read the full review on Bookrambler)

“The Dead Beat is darkly beautiful. Buy it. Read it. Read it again.” (read the full review on Decoding Static) 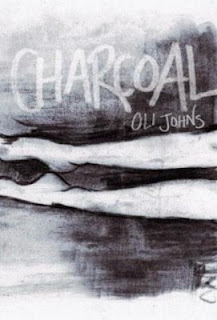 You can also read a sample HERE

“Apparently there are three popular ways to kill yourself in Hong Kong.

Throw yourself off a building.
Hang yourself.
Burn charcoal in a sealed room.”

Oli can’t stop reading Deleuze, only it doesn’t seem to make any sense. And he can’t stop thinking about suicide. And Camus. And that sort of makes sense. But only sort of. And then he meets a seventeen year-old girl on the internet and they meet regularly for mindless sex. Only it’s not enough to stop the anxiety. And the obsession with suicide, although he knows he’ll never kill himself. And then there was that Korean model, the one who killed herself in Paris. Was there anything he could have done to stop her? Is there STILL something he could do? If only he understood Deleuze.

“This is glorious writing – Camus with added warmth and humanity and a dash of uncertainty…Johns is an incredibly talented writer – gifted not only with the required depth of insight and self-awareness that is vital for any artist but also with enough humility to be an excellent communicator.”--Write Enough
Posted by Holly Hook at 8:00 PM