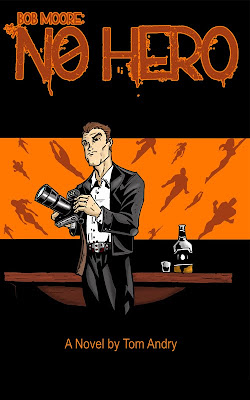 Super powered humans started appearing 30 years ago. Now, they are everywhere. Bob Moore, Private Eye, dares to investigate those who could incinerate him with a thought. When he is called to help a super from his past, however, he'll be pushed to his limit. When supers and the police think there is no crime, can he get to the truth? Will he want to for the man that destroyed his marriage?

"The most delicious "superhero" themed book I've read. The world is incredibly deep, believable, and realistic with it's own rules and terminology. The characters come alive and make you feel." -Vitaly Alexius, Creator Romantically Apocalyptic

"This was quite an enjoyable read. When you cross a gritty gumshoe with spandex superheros, their two worlds collide in spectacular fashion." -Jeffrey Hendricks, Author Seeking the Heavens

"The book is fast and keeps your interest. This was the first book that as I approached the end, I started getting a feeling of dread that the end was coming up and at the same time I had to find out the finale. What an enjoyable sensation."--Amazon Reviewer
Posted by Holly Hook at 8:00 PM