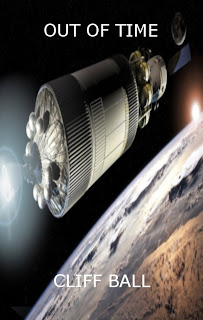 Out of Time by Cliff Ball

Barnes and Noble (Nook and other readers)


A scientist discovers time is actually fluid; past, present, and future all exist at the same time. What he doesn't know, is if the current timeline can change when something is changed in the past. The US government wants him to find out. The theme being to make right what once went wrong. The time travelers meet all sorts of 20th century characters, but, someone is trying to stop them. Once they return to their present, things may not be what they appear.

What they're saying about Out of Time:

"Out of Time is a fantastic book, it just blows me away with its action and intellectual passages." --M.R. Mathias 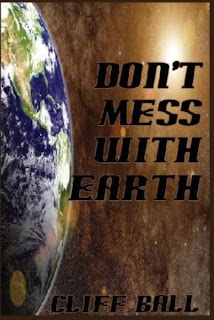 Amazon.com (for Kindle)
Barnes and Noble (Nook, other readers)


An advanced group of humans leave ancient Earth, but keep an eye on their less advanced cousins. The advanced humans meet the Ragnor, an alien species that experiments on other species for no other reason but that they can. The advanced humans begin to manipulate Earth history by posing as historical figures such as King Arthur, Galileo, Amelia Earhart, among others. The Ragnor find Earth, causing all sorts of historical anomalies such as the Salem Witch Trials and the disappearance of the Roanoke colonists. In the 1940's, one of their ships get shot down over New Mexico, by some American fighter pilots with some amazing flying and some lucky machine gunning. Once the scientists of Earth start reverse engineering the downed spacecraft, President Truman issues an executive order that will forever change Earth history.


What they're saying about Don't Mess With Earth:

The Usurper by Cliff Ball

Amazon.com (for Kindle)
Barnes and Noble (Nook and other Readers)


Ever wonder what would happen if our worst fears were realized and we elected someone who was willing to destroy the USA, even if he was destroyed himself? The Usurper is that novel. It is a fictional account of what would happen if the Soviet Union and KGB were given the chance to take down the United States from within. They use the American political system, education system, terrorism, and commit environmental disasters to achieve these goals.

When the Soviet Union dissolves, he is given a choice, and he decides to continue with the mission. A terrorist organization ends up filling in the gap left by the absent KGB, and they, together with Gary, conspire to destroy everyone in the United States who doesn't agree with them.

What they're saying about The Usurper:

"A cold-blooded, Clancy-esk political thriller; The Usurper is sure to entertain."--Nuture Your Books
Posted by Holly Hook at 8:00 PM