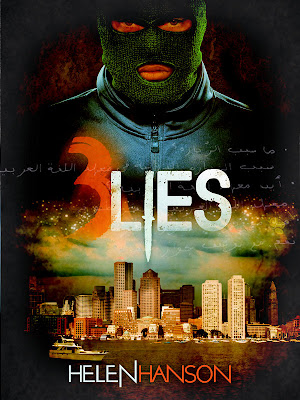 At CIA headquarters, a young officer discovers that terrorists may have commandeered their computer systems to launch an unauthorized mission. Elsewhere, conspirators abduct nine people to manipulate the rules of their game. Two disparate ambitions — Clint Masters becomes the reluctant link in the chain of danger.

Ever since Clint’s almost ex-wife dumped him, he bobs along the Massachusetts coast in a sailboat with his black lab for company. He avoids all forms of technology, a counterintuitive effort for the burned-out founder of CatSat Laboratories. Tired of clutching the brass ring, he needed to untether, step off the corporate treadmill, and smell a flower. Fortunately, he met one, a beautiful, unspoiled woman who doesn’t treat him like a commodity. His relationship with Beth offers more promise than his marriage ever did, even if she is on dialysis for her recovering kidneys, until she disappears.

In spite of the evidence, her family refuses to admit she’s in danger. Without routine dialysis, she won’t survive. As Clint realizes that he loves Beth, damn-near ex-wife Paige sashays back into his life with disturbing news.

While the CIA young gun tracks his quarry, Clint enlists the help of two men to find Beth, a blithe Brit named Merlin, and Todd, his playboy partner-in-tech. But Clint must find Beth before her kidneys fail. And before someone unloads a bullet in his head.

"Helen Hanson's thriller has it all- suspense, wit, and likeable characters. She's not afraid to tackle high tech challenges, disability issues, political agendas, or complicated love triangles. 3 Lies moves at shuttle speed; the dialogue pops and the plot crescendos to the final page. Hanson's knowledge in a variety of subject areas permeates throughout, adding depth and interest to the story; her subtle humor appears in almost every conversation. Hanson-the-wordsmith enticed this reader to turn pages and made me laugh out loud. Can't wait for her next one!"--Amazon Reviewer

"This was a great novel. I look forward to reading more of Ms Hanson's work."--Barnes and Noble Reviewer

"I love suspenseful and thrilling books and this one is now at the top of my favorites list! The story line was catching from the first chapter and kept me waiting for what was going to happen next. While the main character Clint Masters, was the forefront of the story, the other characters were ever present and very well played out, so you never forgot where their roll came in to factor. With the presence of the CIA, Supreme Court, kidnapping, personal life drama and terrorists, this was an awesome read, with a great twist and mystery to keep you guessing until the final pages. Fantastic first novel! Can't wait to see what this author has next!"--Goodreads Reviewer
Posted by Holly Hook at 8:00 PM