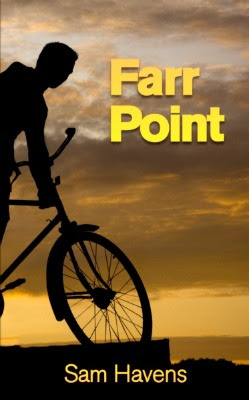 
The smell of oil is in the air, and so is murder, when eighteen-year-old Eddie Tipton arrives in a small Texas town with his widowed mother in 1950. Eddie and his mother take rooms in the home of Texas oil widow, Faye Ruth Collier. Eddie spends time with handyman Ned Cotton and soon learns that Mrs. Collier's late husband, Lawrence Collier, was murdered a few years earlier. Ned Cotton warns Eddie to stay away from Faye Ruth and to ignore Lawrence Collier's death. Eddie, of course, cannot resist.

Making his way in a new school, dodging the stigma of being the schoolteacher's son, and succumbing to the lure of his middle-aged landlady, Eddie is embroiled in dangerous adventures on all fronts. But then a devastating loss causes him to ratchet up his investigation, leading to a near-fatal showdown.

"I downloaded this wirelessly to my Kindle. .99 cents? This book has a great deal of bang for the [single] buck being charged. I purchased it on a Wednesday evening, stayed up until 1am reading it, then finished it up the next morning. I enjoyed the read so much I simply didn't want to put it down. Told from the viewpoint of 18-year old Eddie, this intelligent and unique coming-of-age tale is brimming with small Texas-town intrigue, two murders and a father-less boy trying to make sense of his life, the world around him, and the sudden loss of an unexpected mentor/father-figure. Eddie lives with his widowed, school teacher mother. They just make ends meet on her meager salary, though they rent rooms in the richest house in town. The book is filled with rich contrasts that move the story along at a scintilating & steady pace. Truly a great read!"--Amazon Reviewer

"I don't usually read these types of books, being more into fantasy. But after having this suggested to me, I'm glad I did! This was a slice-of-life from a different time period - before my time, 1950's - and I totally enjoyed it. I found the characters and the story engaging and well thought out, and it was an excellent Saturday afternoon read. With memorable characters, like the crazy, old guy, Pit Fancher and his dog, Bone, this novel is well written, an enjoyable read and free of the grammatical errors that many of the self-published Kindle e-books contain. And with the "easy-on-the-Kindle-card" price tag, you just can't go wrong with this one."--Amazon Reviewer
Posted by Holly Hook at 8:00 PM