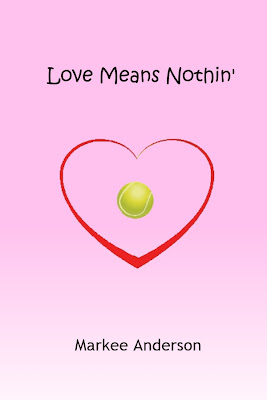 
Melody Gray visits New York City to attend her best friend's wedding, meeting tennis pro John Spencer at the train station, and stopping him from running away from his life. She loves spending time with him, finding herself wishing she could stay with him instead of returning to her abusive father in West Virginia. But she knows her father needs her to take care of him, and since John's famous mother and others surrounding John let her know she doesn't belong, she realizes she'll never be able to be near the man she loves again.

"Both she, and John Spencer, tennis champ, are running away from the present and past. He is no longer keen to be a tennis star, and she is trying to escape child abuse as best she can. From the first sentence, I loved them both. Her best friend's getting married and she's arrived in Manhattan for it. Then, well, as a fight breaks out in a restaurant and one man lands on their table, as this stranger, John, escorts her expertly out of the way....we are assured of an adroit writer who handles plot, dialog, place and time perfectly. And we are assured he is THE one. There is love burgeoning and blood is spilled. Ms. Anderson has taken us to Technicolor New York. The greatest place in the universe. And it is endearing, and I found myself feeling so happy. Like sitting in a park on a sunny summer afternoon, reading a smile of a book that is spun in complex startlements and revelations of personhoods and a clearness of past, so things can be seen honestly and away from hurt. No clockwork plot or characters who seem hemmed in by plot points and, as she writes, the need to get one, say, on a subway, at just the right moment, they also have breath and life. Wealth, papparazzi, cheesecake for a greeting card store, Dickensian relationship mix ups, and a swirling world of wonder right there in your hands. As mixed up as I make it seem, she makes it clear as day. And they live all on their own as well. Get a copy and take a run into joy. Excellent job."--Amazon Reviewer 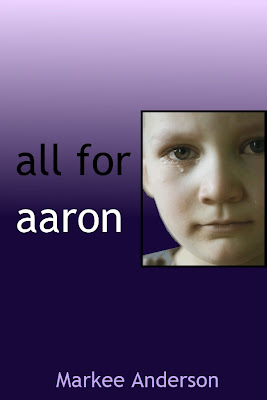 All for Aaron by Markee Anderson


When Kelly Foster divorced, her senatorial-hopeful ex-husband paid off the judge and Kelly's lawyer, enforcing unbelievable rules, including the fact that she may never date and her son has to attend a school for the profoundly autistic. If she breaks any of the rules, her autistic son will be taken from her and put in an institution, where she'll never see him again. But when Kelly meets her son's delectable teacher, Dr. Drew Miller, she has to keep her distance for her son's sake, sacrificing her own happiness with the man of her dreams.

"All for Aaron is a special read. I connected because I have an autistic grandson, and I know I would do anything if it benefited him. Markee Anderson paints a very realistic tale of love and sacrifice between a mother and her son, and delivers a hulky hero brave enough to withstand the tests put before mom, Kelly Foster by her ex-husband. I highly recommend this book to anyone looking for an entertaining and well-written read. This is the first of Ms. Anderson's books that I've read, but it certainly won't be the last."--Amazon Reviewer

"I began this book before I left for school in the early evening, and it is all I thought about the whole time. The story captivated me from the first chapter. I wanted to know more about autism; wanted to know about Aaron and his journey. This book completely enthralled me, kept me guessing, and held me on the edge of suspense until the end. The conclusion was very endearing and sweet. I can't wait to read more of Markee Anderson's work!"--Amazon Reviewer
Posted by Holly Hook at 8:00 PM