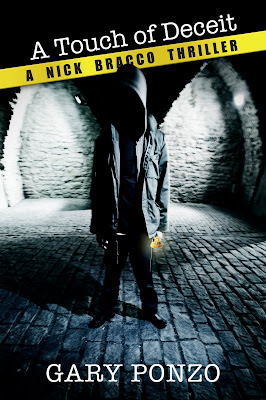 A Touch of Deceit by Gary Ponzo

FBI agent Nick Bracco recruits his cousin Tommy to track down a Kurdish terrorist. Tommy, however, is in the Mafia. Yes, it gets messy fast. As fast as you can turn the pages.

Judith L. Pearson, author of “Wolves at the Door,” and “Belly of the Beast,” said, “Gary Ponzo is the best new thriller writer out there.”
Posted by Holly Hook at 8:00 PM