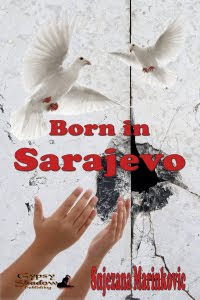 Born in Sarajevo by Snjezana Marinkovic

For sixteen years of my life Yugoslavia was my country, Serbo-Croatian was my language, and my name Snjezana, meaning Snow-White, was commonly Yugoslavian. Then everything changed. Territory was divided, cities were renamed, people ethnically labeled, and many of “Snow-White’s dwarfs” took guns and became soldiers. Conflicts and violence spread as deadly disease and Yugoslavia became a war-devastated country. But, I was among people who got the opportunity to survive, to find their refuge, and to tell their stories.

"Snjezana's words are beautifully written. To know this story is her true life story really brings her words into your heart. Just to know what she went through to start her life here in America is an inspiration. I would highly recomend this book...every American needs to know how a senseless & hate filled war fueled over racism and religious differences can torture the innocent, even without shedding their blood!"--Amazon Reviewer
Posted by Holly Hook at 8:00 PM