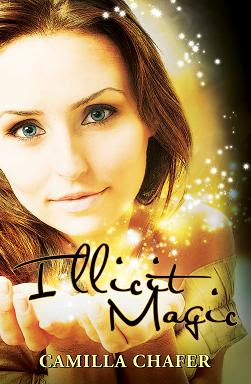 
More than three hundred years after the most terrifying witch hunts the world has ever known, it's happening again.

Racing from attack by the ruthless Brotherhood in London to the powerful witch council in New York, twentty-four-year-old witch Stella has to put her faith in strangers just to stay alive but she might not be any safer in their midst than from the danger she is running from.

Sent to an extraordinary safe house by the sea to learn her craft, Stella finds there is more than one dark secret in her new family: Étoile’s sister is spoken of in fear and sadness; Marc is supposed to be a powerful witch but is missing his magic; where does the owner of their safe house vanish to every day and why does Evan have the eyes of someone not quite human? There is only one secret that someone will do anything to keep quiet, but whose secret is it and will Stella have to pay the price for silence?

"I loved this book and am looking forward to the next one." Five stars. Evelyn, Goodreads.

"I adored the story. It was both original, in its execution, and compelling ... The romance in the book was superb ... In a nutshell: Read it now!!!" Four stars. Yllektra, Goodreads.

"Anyone who likes Charlaine Harris would most definitely enjoy this book. It's well written, rich in description and the characters are instantly likeable. It's fantasy set in reality, with a storyline that isn't predictable or drawn out. I am really looking forward to the next one in the series!" Emma, Amazon UK
Posted by Holly Hook at 8:00 PM