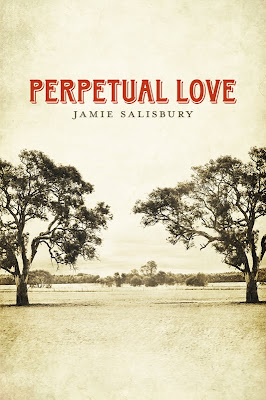 Where is it available?

Perpetual Love is is historical romance set in the 1860s Nevada Territory. Anne and her father John are visiting John's old friend Thomas Stuart and family on their ranch. Anne was raised in England and has attended college in the United States. Her father, an attorney has accepted a position to serve as a territory judge. Albert, Thomas' eldest son, has spent his life on Sky Valley, except for four years he spent back east at college. He had told his father of his desire to leave and broaden his horizons when Anne comes into his life. What happens when the two meet is like two worlds colliding!

"This is a great effort for a debut novel. The characters are so real I almost felt part of the story. Can't wait for the next installment."

"I like it! An old fashioned love story. I can almost imagine myself there with the characters. It would be perfect for book clubs. I look forward to the sequel(s) and I love the cover."
Posted by Holly Hook at 8:00 PM