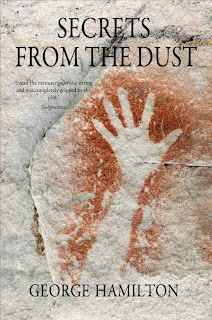 Secrets From the Dust by George Hamilton

Set in Australia between the 1960s and early 1970s, this historical saga follows Margaret, an Aboriginal girl who is snatched from her family and brought up by white foster parents in the outback, under the government sponsored assimilation policies. She stubbornly tries to maintain her culture until she can escape or her real parents find her, but then she discovers that she is growing to like many of the customs and material possessions of her captors, producing a crisis of cultural identity. By the time she grows into a beautiful young woman and moves to Sydney to study nursing, she has already suffered the disappointments of unrequited love and the forbidden desire for her foster father. She tries to hide behind the identity of a Southern European, but the highly charged political environment of Sydney and her love for a political activist forces her to confront her true identity.

‘I read the manuscript in one sitting and was completely gripped by the plot.’
Golgonooza

‘I liked the writing so much and I think you did an amazing job with Margaret.’
Soho Press

‘The narrative stuck in my head long after I had stopped reading.’
Golgonooza
Posted by Holly Hook at 8:00 PM