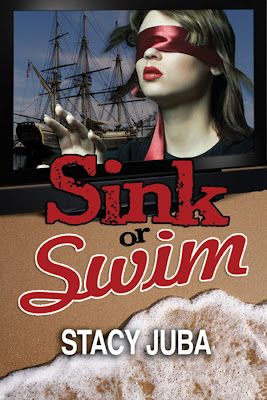 Sink or Swim by Stacy Juba

How do you change the channel when reality TV turns to murder? Personal trainer Cassidy Novak has gained fame for starring on a hit reality show. Not only does she lose and have to walk the plank, but upon returning home, Cassidy discovers she is being stalked. As her former competitors get killed off, Cassidy refuses to play by the stalker’s bizarre rules. She’s also being shadowed by photographer Zach Gallagher, who has been assigned to capture her personal moments for the local newspaper. She wants to trust Zach, but fears he may not be as nice as he seems. When the stalker forces a showdown, Cassidy must walk the plank again – this time for her life.

“Being on a hit reality show not once, but three times, made Sink or Swim really hit home for me… It was an easy read and extremely well written… I would love to see it come out as a movie one day!” Stephenie LaGrossa, owner of GiGi Restaurant & Lounge, Philadelphia PA, Television personality and fan favorite Survivor: Palau, Guatemala, Heroes vs. Villains

“After being on a reality show, Big Brother 10 on CBS and Showtime, reading Sink or Swim made me feel like I was Cassidy. People don’t ever know what happens behind the scenes. I thought it was a great read and kept me in suspense.” Michelle Costa, contestant Big Brother 10

“Once again author Stacy Juba has penned a novel that is definitely not going to sink, it will do more than just swim: It will rise to the top with no lifeboats needed. Read this outstanding second novel by the author of Twenty Five Years Ago Today to find out what happens to Cassidy. Walking the plank is dangerous and sinking to the bottom even more.” - Fran Lewis, Bookpleasures.com 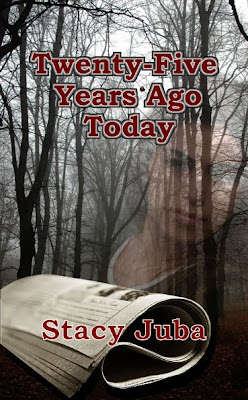 
Should we dig for the truth when Pandora’s Box is a coffin of buried secrets? Kris Langley has always been obsessed with murder. She blames herself for the violent death of her cousin when they were kids and has let guilt invade every corner of her existence. Now an editorial assistant and obit writer, Kris stumbles across an unsolved murder while compiling “25 Years Ago Today” items from the microfilm. Determined to solve the case and atone for the death of her cousin, Kris immerses herself in the mystery of what happened to Diana Ferguson, a talented artist who expressed herself through haunting paintings of Greek mythology. Not only does Kris face resistance from her family and her managing editor, she also clashes with Diana’s suspicious nephew, Eric Soares – until neither she nor Eric can deny the chemistry flaring between them. She soon learns that old news never leaves the morgue and that yesterday’s headline is tomorrow’s danger, for finding out the truth about that night twenty-five years ago may shatter Kris’s present, costing her love, her career, and ultimately, her life.

"Twenty-Five Years Ago Today is an intriguing mystery that should not be overlooked.” The Midwest Book Review

“Stacy Juba has written a page-turner! This has to be one of my favorite mystery books that I’ve read this year." Book-Club-Queen

"I loved the characters that Ms. Juba has so clearly laid out for her readers. The subplots of the book were also quite fascinating. Kris Langley is a character that you will remember long after you have completed reading this book." Lynn Cunningham, Fresh Fiction
Posted by Holly Hook at 8:00 PM