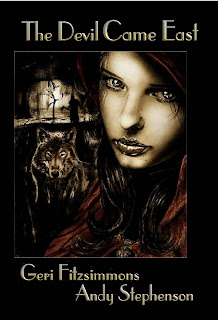 
Had Dr. Neil Harris, a sincere, genuine psychiatrist and radio talk show host, not become concerned, the killing rampage of the devil might have gone unnoticed. Perhaps, the authorities would have never discovered the trail of bodies in his wake. The young women who died might have been destined to be no more than a statistic, one among a number of tragic deaths of girls who'd lost their will to live, among the masses of New York City.

The devil disguised his crimes well until Neil mentioned his concerns to his long time friend, Detective Sergeant Joseph Farley of the 61st precinct of the NYPD. From his conversation with Neil, Farley decides to delve into what turns out to be a string of killings by a serial killer, knowing neither remorse nor fear.

Joe Farley and his men strive to catch the devil before he strikes again or escapes to hunt victims in another locale, while they face personal problems and the politics of the city of New York.

The devil targets his next victim....

"I enjoyed this. It's an excellent crime thriller with a chilling criminal and a well-drawn cast of characters that you want to follow. An intelligent drama and rich in details. I look forward to more from these two authors."--Amazon Reviewer

"I had the pleasure of reading Geri and Andy's novel before publication and I can honestly say, as a typical non-crime/mystery reader, that it was an excellent read. It is fast paced, gets into the psychology of a most intriguing serial killer, and has well crafted characters and subplots. A balanced job. This is their first novel and I can only see better things coming from them. Well done guys!" 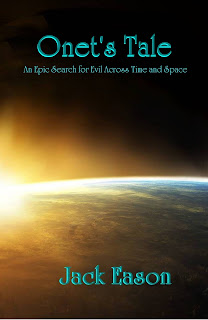 
Onet's Tale is a classic tale of good versus evil, but it is interspersed with unexpected and challenging twists. It is an epic science fiction, spanning eons. It is mythic in scope and theme.

Onet is an ancient being whose sole purpose is to trap and remove the evil he awaits. He is the story teller.

Onet’s tale takes us across the cosmos as our heroes, transformed into magnificent berserker warriors, are caught up in an ancient intergalactic power struggle between the Alliance of Planets, led by a consortium of Human and Nephile nations, and their arch enemy, the Drana Empire, who use Onet's own kind - the Khaz - to carry out their spying, and expedite their evil intent across countless worlds.

Just when Onet finally believes he has captured his evil foe, the story changes yet again for the worse...

"Imagine slaving in a mine on a distant planet, where each swing of your pick throws poisonous dust into the air that will kill you in a few months time from breathing it. This is where "Onet's Tale" opens, but it doesn't stay there long. This epic sci-fi tale from Jack Eason includes a large cast of characters from various planets, including the human/nephile Akhen and Khan, who is a Drana. Once enemies, the two band together to escape the mine and start a rebellion that eventually leads to a war that spans years and galaxies.

The story itself is narrated by Onet, who happens to be a Khaz. Think little gray alien guy that might land in Area 51. Except Onet is albino and has red eyes. He's watching all this unfold, waiting for his chance to stop the evil that his own kind started, which spread through a goddess-type being called Shu, and continued through her horrible creations of berserker warriors.

Murder, war, and mayhem reign throughout this book, while the main characters try very hard to live normal lives. Their efforts are always ripped out from under them, and I sympathized with the tortuous events they lived through. On the other hand, I kept wishing for more character depth. I'm really partial to character-driven novels, and this one seems mostly plot-driven. For me, I would have liked to have been inside the characters' heads more, really feeling what they feel.

If you like sci-fi packed with battles, futuristic weapons and modes of transport, you'll like "Onet's Tale"."--Amazon Reviewer
Posted by Holly Hook at 8:00 PM