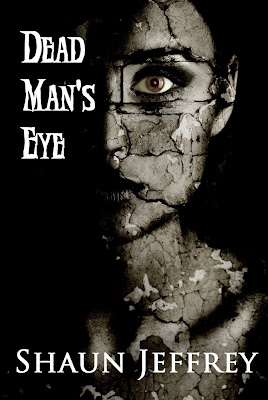 
A corneal transplant does more than correct Joanna Raines sight. It allows her to see something that doesn't want to be seen. Something evil. Something that threatens mankind. The only trouble is that no one believes her, and by the time they do, it might be too late ...

Seeing is believing. Now Joanna just has to convince everyone else.

"I enjoyed this thriller/horror read. Joanna is at the terminal waiting on the train to arrive. Her vision is a bit off and when a man she was talking to ends up in front of the train things start to happen. She thinks she saw a dark shadow go across the man. She tell's her boyfriend who works at the hospital and thinks it is her new eye. Soon she sees her doctor again and there was an eyelash rubbing her new eye. She thinks she is in the clear but is she? What if there is some evil out there watching her through this new eye of hers? I read this in one day as I did not want to put this book down."--Amazon Reviewer

"I was pleasantly surprised by this book. From its description I anticipated this to follow along the lines of those horror stories where someone receives a possessed body part from a transplant and evil and violence ensue. That was not the case here.

Although similar in concept to the film "Jian Gui" and its American re-make "The Eye," the story progresses very differently. As I've read hundreds of horror stories, I didn't expect this one to wow me. And while the plot itself and its ending are not unexpected, it was the writing that stood out.

I did not anticipate an indie horror author to have such command of their words and the ability to craft such a well-written novella. I would typically never rate a short horror story a five (aside from Stephen King), but the writing in this one deserves it."--Amazon Reviewer
Posted by Holly Hook at 8:00 PM