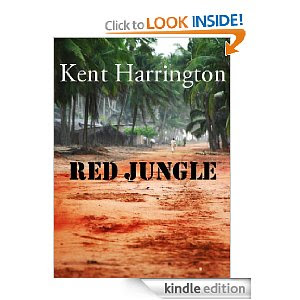 "Set in Guatemala, Harrington's entertaining noir political thriller boasts a hero, Russell Cruz-Price, whose biography bears some not-so-coincidental parallels to the author's. While working in Central America as a financial journalist, Cruz-Price finds himself passionately involved with two women, an American working for a U.N. housing affiliate and the beautiful wife of Carlos Selva, the head of Guatemalan intelligence. He's also mixed up with a ruthless and ambitious Guatemalan strongman aiming to take over the country and a venal German archeologist, improbably named Gustav Mahler, who seeks a legendary immense jade jaguar. Flashbacks to 1988 and the dreadful final end of Cruz-Price's mother, a member of Guatemala's social elite, nicely serve to heighten suspense by interrupting and prolonging the present-day narrative. The author's occasional use of an omniscient point of view to leap forward in time to describe a character's ultimate fate helps to distinguish this tale from the typical Latin American coup saga. Despite his slightly enigmatic central figure and an underdeveloped supporting cast, the author (Dark Ride, etc.)does a nice job of painting a grim picture of the Third World and the corruption of the powerful."
Posted by Holly Hook at 8:00 PM