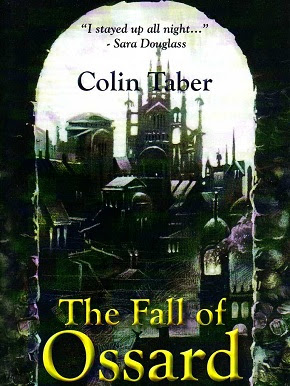 The Fall of Ossard by Colin Taber

Growing up in a city of Merchant Princes, Juvela discovers she can see what others can't. The very currents of the celestial are open to her, and that includes the truths they hide: An escalating series of unsolved kidnappings have been haunting the city-state, leaving its shadows pooled deep with innocent blood.

Has Juvela been cursed with the Witches' Kiss - or perhaps something worse?

Yet, more is to come, for not only has she witnessed an abduction, but she will have to endure a role in the victim's ritual death. For Juvela is about to become forsaken, and that's before she learns the real truth of not just the crimes plaguing Ossard's bloody streets, but the wider world: A world at war, and governed by gods whose highest pleasure is to sup on the taste of death.