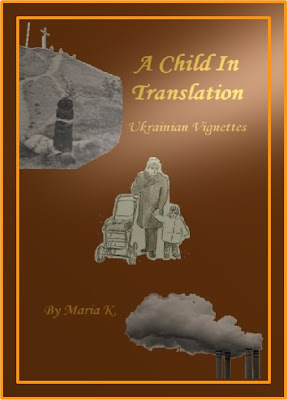 A Child in Translation by Maria K.

'A Child in Translation' is a deeply personal autobiographic narrative about growing up in Soviet Ukraine that delivers a vivid picture of life in a part of the world most outsiders have never thought about. Please meet Maria from the Ukraine. She came to the West as an alien, bringing with her a childhood yet to be defined by translation.

"Thoroughly captivating. The story of a young girl's experience growing up in the Soviet Union. Maria illustrates (both literally and figuratively) the lifestyle of a Ukrainian child - herself - behind the Iron Curtain in the 80's and early 90's. In this book, we get a view into a world most of us never imagined. We see past the Cold War propaganda and into the lives of the people. We get to see the duality of the poverty and joys of a Soviet child. We share in the tribulations of scarcity, and get a first glimpse of the wonder Maria experiences when she immigrates to the US as a young woman."--Amazon Reviewer 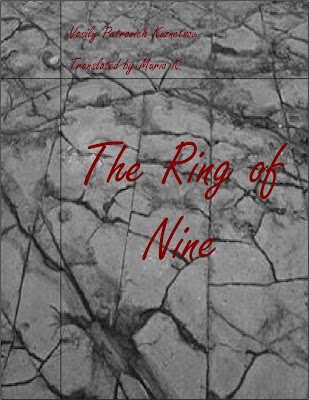 
The Soviets. Allies during the war, enemies shortly after. One of them talks about one of the most harrowing chapters of human history in general and World War Two in particular - the Siege of Leningrad.

The Ring of Nine is a first-person account of the Leningrad Blockade during World War II, translated and edited by Maria K. This work started off as a series of journals written by Maria's late grandfather, Vasily Petrovich Kuznetsov, as he experienced these events.
Posted by Holly Hook at 8:00 PM