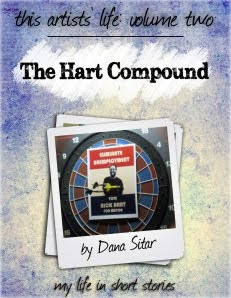 The Hart Compound (This Artists' Life, Vol2) by Dana Sitar


In August 2010, Madison comedian Nick Hart announced his intentions to run for Mayor of the city. At the same time, Dana Sitar was approaching divorce and trying to find her way as an aspiring writer. Their paths converged when the writer took the first of many leaps and reached out to the ambitious comedian, figuring he would have a good story to tell.

Split between the feature articles written for this bizarre political campaign and the short stories written behind the scenes, The Hart Compound introduces a unique cache of artists through the eye of an emerging Gonzo journalist.
Posted by Holly Hook at 8:00 PM