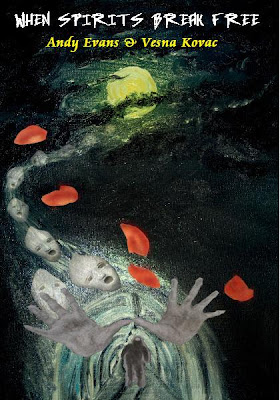 Reality joins the unexplained in this gripping novel. From coal mining backgrounds to the horrors of drug induced psychosis to the realities of what could be.

Billy Hall was as humble as the very beginnings from those he was born into. Coal had been king and ruled the landscape surrounding the small town of Castlefields for countless generations.

From an early age, it was obvious to Molly, that her son did not fit into the mould expected for the traditions of children following their forefathers, deep down into the depths to win out the coals for a grateful nation.

Although Billy had been surrounded by children of his own age, parading, and playing out their games of fantasy along the cobbled streets, he more often chose his own company away from the others.

The friends of imagination that crept silently from the darkened shadows, provided him the friendship, and consolation, that he sought more and more, as early childhood progressed.

Adolescence beckoned, and the shadows withdrew, leaving Billy to seek out his own amusement and friendship that the town offered.

Innocently, the key would be turned again, releasing those that had been lost, to once again emerge and make their presence felt.

With the door within his mind once again opened, Billy would be left to face his own ultimate destiny.

A beautiful piece of work. The gritty backdrop of the Yorkshire mining town provides a great setting for this most skilled of writers to weave his magic. As a Yorkshireman myself, the history of coal mining is fascinating. But then you become drawn in to a thriller that is not what you expect at all. The unexpected in this case is thrilling! Billy's journey is both haunting and magical. When the spirits Break Free is highly recommended!

Christophe Deseaux
There is nothing I enjoy more than complex, imperfect, characters. A doctor, addicted to morphine, who is dying. What a fantastic platform from which to weave your tale. The input from coauthors habitating different sides of the Atlantic is a potent amalgam of perspectives that adds depth to the characters, places and events. Well done.

Alison Butler
This is EXCELLENT, and first class."I love you mam!" Breaks your heart and makes you smile...oh how wonderful this is!
The prose beautiful, gritty, realistic dialogue...heart warming.I've read two books with similar subject matter, one by Emile Zola and the other by Ken Follet and this is just as good as the both of them.
Cannot praise more. 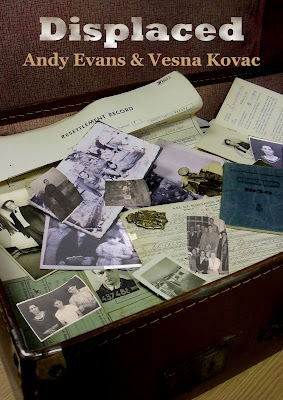 
West Yorkshire native re-discovers his roots in the former Yugoslavia.
Born into the coal-mining industry, Andy Evans spent his childhood dreaming of another place, one not blackened by industry, but green and pure, the land his grandfather, Maksim Culumovic, had once called home.

Maksim was a ‘Displaced Person’. Originally from the former Yugoslavia, he had left his country of birth during the bitter fighting of World War II, where, in 1941, he had survived a brutal attack on his village that had left his neighbours, friends and the majority of his family ruthlessly slaughtered. The once peaceful community he had fought so hard to protect was destroyed in one single despicable act.

Following the horror of that day, he had left what remained of his family, including his older brother, Ostoja, his friends and everything he had ever known and after time spent in resettlement camps in Germany and Italy, Featherstone became his new home.

Like most of West Yorkshire, Wakefield, Huddersfield and Halifax had become home to ‘alien’ communities, encouraged over by a western power that had suffered heavy casualties in the war and needed a new workforce to run the heavy industry at home.

For the next 40 years, Maksim worked hard and built himself a new life, far away from the one he had started with. The shadow of his past hung over him, but he remained silent on the subject.

When he died in 1988 aged 79, it was his grandson, Andy, who set out to find the past, so well hidden to both family and friends that it would take a twenty-year search to uncover the truth.

Displaced is a joint work between Andy, and his Bosnian cousin Vesna Kovac, granddaughter of Ostoja, bought together finally to show both sides of this emotional story. The hardships of the coalmine and a heartbroken grandchild are bought into sharp contrast with a young woman’s trials in a post-Yugoslav civil war that would once again scar the landscape of what is now Bosnia, Serbia and Croatia.

Their stories combine to create an enthralling text and finally answer the question that Andy, now 45, has spent the last twenty years trying to discover.
Who was Maksim?

Wow - the historical account of this book is spot on! You have detailed thoroughly your experience and that of you Grandfathers. I absolutely love hearing about other nations, nationalities, and especially those nations whom have suffered the effects of war and injustice as Lebanon did.

I recall vividly the accounts on the news of Yugoslavia, I remember the horrors of the news reports and your book again took me there. You allowed the reader to become part of the book as you shared your joys, pains, hardships and sorrows. I was extremely touched by the emphasis you placed on legacy - the legacy of your grandfather - how you intended to carry that on. I loved that! Legacy to me is also of utmost importance.

In certain areas you pulled the reader in to almost feel as if they were searching for the truth with you. What a joy and an honour your grandfather would have felt if he had known, or maybe he did know in spirit, of the journey you took to step onto the land, the place, the life of his life as it were before the war.

This is great, but I knew I didn't have to worry about one of your books! There is a great mystery to it and it keeps the reader following along and guessing. I had to keep checking to make sure it was non-fiction, it didn't read like that to me. It's an amazing story and I think one that lots of people will be interested to read.

Feelings of angst and pain and disappointment; the rollercoaster hitting a brick wall; the silence and emptiness that follow are hard to describe -- and you do it very well.

It´s fascinating how the script flows naturally, as though you were thinking ... and builds, relentlessly, towards that awful fear of what might have been. This is good work
Posted by Holly Hook at 8:00 PM