Genre: Cross-Genre, but have been called Women's Fiction, Chick Lit, and Action-Adventure by readers

Where to Get Them:
Amazon.com (for Kindle)
Smashwords.com (all eBook formats) 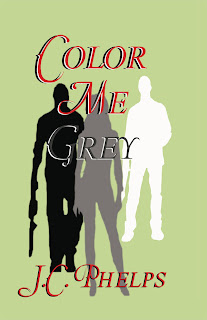 Book One: Color Me Grey

Meet Alexis Stanton, a 5' 4" petite young woman with a yen for adventure. She grew up as a tomboy wishing she could have all the adventures boys could have. She has since decided that being a boy instead of a girl has its advantages, but being a woman is much better. Raised in a family with money, she was able to pick and choose her education. She has been schooled in everything from being a lady to courses with Special Forces instructors. Her desire for adventure and her boredom with her current employment and a strange 'HELP WANTED' ad causes her to quit. She finds that job she could "just die for"... and it looks like she just might! 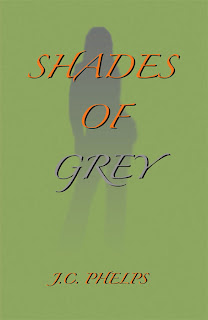 Shades of Grey (Book Two of The Alexis Stanton Chronicles)

Alex is a partner in a company she knows nothing about. Along with her job she has a new name and a whole new set of rules to live by. Now known as Ms. Grey, she realizes she even prefers that to Alex. One thing leads to another when she takes on a routine case. A legendary sniper known only as Penumbra, becomes her main focus. Can she unravel Penumbra's true identity and should she? 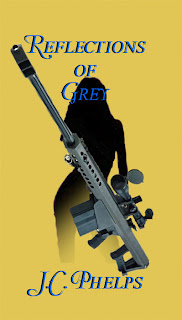 Reflections of Grey (Book Three of The Alexis Stanton Chronicles)

Alexis Stanton returns as Ms. Grey, to take on her first undercover job. Working with White and Associates is everything she dreamed it would be and more. Adventure, training and excitement abound. But what it ultimately leads to might not be what she expects. Follow along as she learns the truth about the people around her as well as her own past and future.

What they're saying about this series:

"Color Me Grey was a fun and exciting book. J.C. Phelps keeps the action and suspense high and manages to hint at romance just enough to make the characters exceptionally intriguing. I loved Alexis Stanton as the heroine - she's tough but also smart and sensitive; larger than life but still easy to relate to. The book was well written with a perfect pace, and as all my favorite series entries do, it tells a succinct story while still keeping readers eager for its sequels. There's nothing Grey about whether or not Phelps knows how to write - clear as black and white, she is a wonderful storyteller and an awesome author to check out!"--Amazon Reviewer

"I have always loved books where female leads are thrust into, what is stereotypically, a man's position, and this little ditty is no exception. J.C. Phelps did a wonderful job of weaving suspense, intrigue, and lust, resulting in what was a very pleasurable, and solid read. Each character had their own unique qualities and the use of "code names" while developing each was an engaging way to keep the reader guessing as to who they "really" were. The plot, however, is where Phelps' writing really shined. As a reader the push and pull of a story is what keeps you reading. "Where is this going?" "I know something big is about to happen... but what is it?" This more than anything is what made "Color Me Grey" so exciting, you could always feels something bubbling just under the surface... even in the most sedated moments of monologue."--Missy Baker of KindleObsessed
Posted by Holly Hook at 8:00 PM