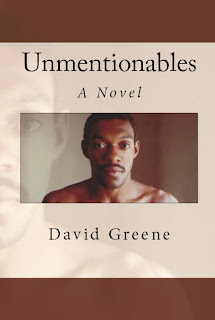 Amazon.com (for Kindle)
Barnes and Noble (for Nook)
Kobo (Borders)
Smashwords (all other Readers)
Book website

Unmentionables, a novel by David Greene, is the epic story of two pairs of lovers in the Civil War south. One couple is straight, white and wealthy. The other couple is gay, black and enslaved.

Jimmy, a field hand, meets Cato, a house servant from a nearby plantation. At first, Jimmy, who despises whites, mistakes Cato for a white man, but soon discovers that Cato is both a slave and the illegitimate son of the plantation owner Augustus Askew. Over time, Jimmy's fascination with Cato grows into romantic love.

Unmentionables is also the story of Dorothy Holland, whose parents own Jimmy and his sister Ella. Dorothy doesn’t want any man to control her life, or to prevent her from granting freedom to Ella, her lifelong friend. When Dorothy falls in love with Cato's white half-brother, William Askew, she must persuade him to agree to her terms--and betray his role as a Confederate army officer.

“Surpasses the majority of Civil War novels by bringing together two enthralling love stories. Superb historical fiction with a contemporary angle; an enlightening look at the hidden elements of our past.”--ForeWord Clarion Review 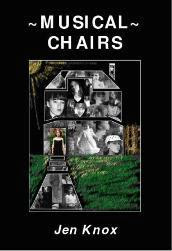 Price: Discounted to $3.19 until Christmas


Musical Chairs by Jen Knox is a memoir that explores one family's
history of mental health diagnoses and searches to define the cusp
between a '90s working-class childhood and the trouble of adapting to a comfortable life in the suburbs. In order to understand her restlessness, Jen reflects on years of strip-dancing, alcoholism, and estrangement. Inspired by the least likely source, the family she left behind, Jen struggles towards reconciliation. This story is about identity, class, family ties, and the elusive nature of mental illness.

"Jen Knox has accomplished what so many memoirists do not - she told
her story in a clear, unsentimental voice with lovely prose that read
like a well-crafted novel. The grit and honesty of her troubled youth
shares the stage with humor and hope. From her brief stint as a
stripper, to her alcohol abuse, to her fears of mental illness, the
author is open and entirely unafraid to expose the soft underbelly of
herself and her family. One of the most remarkable things about this
memoir is that the author never so much as hints at self-pity or
solicits sympathy from her readers. Instead, she tells the sometimes
simple, sometimes complex, and oftentimes raw story of how she
maneuvered through her troubled youth and emerged to be the woman she
is today." –Beth Hoffman, Saving CeeCee Honeycutt

"Jen Knox is an exceptionally gifted storyteller, who can take the
events of the past and craft them invariably into engaging and
compelling narratives." -Phillip Lopate, author of Notes on Sontag
Posted by Holly Hook at 8:00 PM