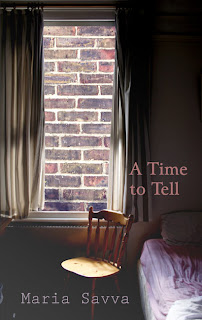 A Time to Tell by Maria Savva


Set between the 1950s and the late 1990s, "A Time to Tell" is the poignant story of Cara, from her dramatic attempted suicide to her roles as a smitten eighteen-year-old, unmarried mother, wife, widow and grandmother, and her final, passionate reunion with the man she has always loved. It is also the parallel tale of Cara's prodigal son Benjamin and his daughter Penelope, whose unhappy relationship with her father has led her into marriage with a man whose own dysfunctional family have turned him into a person who at first seems strangely attractive, but turns out to have a dark and terrifying side...Rich in colourful characters and pertinent social themes, "A Time to Tell" is an eventful and often disturbing tale of the pain and pleasures of family relationships.

"...an emotionally charged page turner ... Maria Savva is an exceptional storyteller, bringing the many colorful characters to life as they face some of the darker issues, which trouble today's society. Abusive relationships, secrets, betrayal and ultimately forgiveness is wrapped up this wondrous tale of family life."--Stuart Ross McCallum, author of Beyond My Control 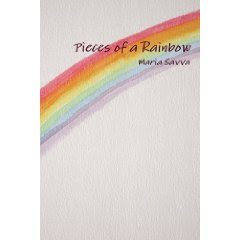 Pieces of a Rainbow by Maria Savva


'Pieces of a Rainbow' is a collection of seven short stories, each one based on a different colour of the rainbow. You will find a full spectrum of emotions within the stories. Some are sad, some uplifting. There are not always happy endings, but the tales reflect the real world, and the forces of nature at work in our lives; sometimes beyond our control. The stories are diverse in style, and the characters, although fictional, are true-to-life. There is something for everyone in this inspired collection. Excerpt from 'Forever Blue': '...Some people are lucky; they just carry on going, keeping up with the current, riding the waves. Others find a ship they can sail in forever; but some are left to drift alone, battling against the waves, and hoping they can get to the shore in one piece.

"It's hard to write a really good short story. In 'Pieces of a Rainbow', Savva's first collection of short stories, the British author has demonstrated that she's not only a first-rate novelist, but a master of the shorter form as well. "One day I will find the right words," Wrote Jack Kerouac, "And they will be simple." Maria Savva has found the right words. And they are wonderful."--Quentin R. Bufogle, author of Horse Latitudes
Posted by Holly Hook at 8:00 PM