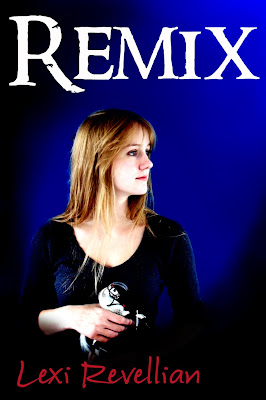 
Caz Tallis restores rocking horses in her London workshop. When shabby but charismatic Joe and his dog turn up on her roof terrace, she is reluctantly drawn into investigating a rock star’s murder from three years before – an unsolved case the police have closed. Somebody is prepared to kill to prevent it being reopened – and is Caz's judgment clouding as she falls in love?

REMIX is a feel-good page turner, that you won't want to put down until you reach the satisfying ending.

"Don't pass on this one. I doubt that any new books by Ms. Revellian will be had for such a give-away price, and I, for one, will pay more. The well thought out delivery of the turns and twists of the developing plot and the engaging characters were so well done that you will join me in the wait for more from this author."

"From the very first page (young woman finds a supposedly dead man asleep on her balcony) it's intriguing and develops into a genuinely involving story, well written (the pages seemed to turn themselves) and ingenuously plotted. It's also full of unexpected details, such as the rocking horses, and plenty of humour. The book's greatest strength though is the characters, especially the delightful Caz who's sassy and resourceful and utterly likeable. For her alone you'll read to the end."
Posted by Holly Hook at 8:00 PM