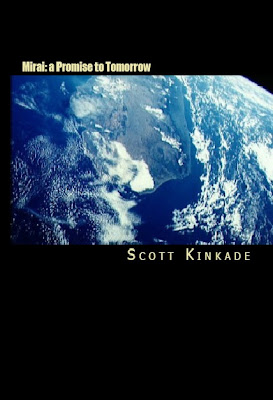 Mirai: A Promise to Tomorrow by Scott Kinkade


In the future following the Collapse, former rebel Zaq Martial just wanted to get away from his problems. But it turns out that's not so easy. He finds himself pursued not only by an oppressive government, but also by a vengeful ex-girlfriend. If he can survive that as well as superhuman enemies, a violent split personality, and even his own quirky allies, he may just become the hero the world needs. Can he stop the ruthless Benefactors, led by dangerous beauty Yamiyo? Or will humanity be led down an eternal dark path devoid of free will?
Posted by Holly Hook at 8:00 PM