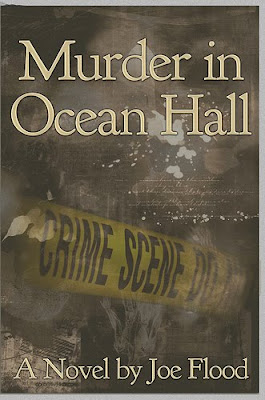 
When the world's most famous explorer is murdered at the Smithsonian, it's up to a cynical Washington detective to solve the case. Bob Fundwell dies when a giant whale falls from the ceiling of Ocean Hall, killing him instantly. A veteran black investigator, Detective Thomas, searches for the killer. He's witnessed two decades of bloody mayhem on the streets of the nation's capital. The list of suspects is long, for the victim was arrogant and controversial. Fundwell discovered the Gigantic, a legendary ocean liner that sank in the Atlantic. He became rich and famous by falsely claiming the work of his colleagues. As he investigates the case, Thomas is lied to by people at all levels - from housing projects to the Supreme Court. Deceit is the one constant in this dysfunctional city on the eve of the 2008 election. Yet, he presses on, determined to find justice and prove that Washington has changed since the bad old days of Marion Barry.

"Read this book if you think you've been to Washington, DC. The author, Joe Flood, will take you behind the scenes of places you've been and tell you how they function then give you insights into people in power and how they fail to function."--Amazon Reviewer

"If you enjoy all things DC, pick this mystery up! Super enjoyable. This book is a fun, quick read and will transport you to an interesting, fun and twisty scene."--Amazon Reviewer
Posted by Holly Hook at 8:00 PM