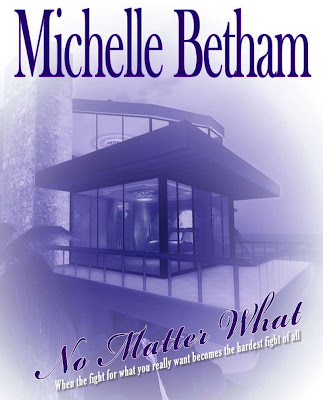 No Matter What by Michelle Betham

India Steven is an ordinary twenty-two year old northern English girl from an ordinary northern English city, until a chance meeting with Hollywood movie star Reece Brogan catapults her into a new and extraordinary life in Los Angeles – from legal secretary to movie star almost overnight, she can hardly believe how fast it all happens. But things are never quite what they seem, because one thing Reece hasn’t been is completely honest. He hadn’t intentionally gone looking for the perfect leading lady for his new movie; he had, however, intentionally gone looking for India…

‘No Matter What’ is a contemporary saga, beginning in 1991 and spanning almost twenty years in the life of India, and the main players around her – Charley Miles, India’s best friend from England, but someone who harbours feelings of resentment towards a life she feels she deserves just as much as India, and whose attempts to get that life for herself result in circumstances nobody dared believe were possible; young and incredibly handsome movie star Kenny Ross, a man whose relationship with India is far more complicated than anything he’s ever felt before; Hollywood hot-shot Michael Walsh, a well respected actor-turned-producer-and-director with a dangerous obsession that ultimately leads to a series of shocking events; and Reece Brogan, the man who gives India her wonderful new life, and a man who has a very good reason for doing so…

A story of love and betrayal, jealousy and obsession; hidden secrets and second chances, ‘No Matter What’ takes us on a rollercoaster of a ride through two decades and the lives of people who all came together through their link to one woman – India Steven. People who, due to circumstances thrown upon them - or just fuelled with a desperate need - will do anything – anything – it takes to get what, or who, they really want. No matter what…

"There are so many twists and turns in this plot, it's not at all predictable like some chick lit novels. You really feel you get to know all of the characters over time. I think I've loved and hated all of them at some point throughout the story!!"

"A brilliant read and I would thoroughly recommend it!"

"I loved Michelle's insight into the glamorous Hollywood/Vegas lifestyle which provided much-needed escapism from everyday existence. I highly recommend this book if you're looking for an epic holiday read but be warned. You'll be glued to the sunbed for days!" 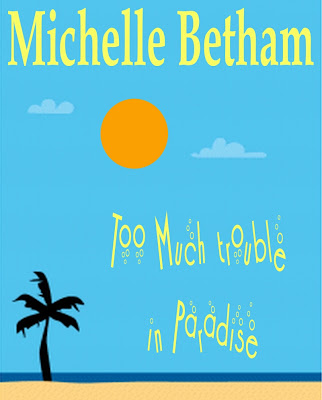 Too Much Trouble in Paradise by Michelle Betham


Molly Parker is a DWAG – a darts wife and girlfriend. Or rather, she’s an ex-DWAG after divorcing Paul “Bad Lad” Parker, a professional darts player and the self-pronounced Geordie pantomime villain of the sport, after catching him aiming more than his arrows in the direction of more than a few very willing glamour models.
So, leaving her life – and her ex-husband - behind in their native North East of England, she moves to the Canarian island of Tenerife with her best friend Fran, putting the past behind her, determined to start a whole new life abroad.
Within months of arriving on the island she finds herself engaged to her Spanish boyfriend Antonio – a handsome Canarian bar owner - and with their whirlwind wedding just weeks away she’s the happiest she’s been in a long time with a great job at a Timeshare complex, fantastic friends, and a lovely little home in a country she’s fallen completely in love with.

But what Molly didn’t bank on was her ex-husband turning up out of the blue declaring his undying love for her and begging her to come back to him - and not just because his darts were suffering! His unannounced arrival turns Molly’s new and seemingly perfect life upside down as she suddenly has to face up to feelings she’d thought were long gone, and make decisions she never thought she’d have to make as her whole world is thrown into total confusion. Does she stay in Tenerife and marry her wonderful, romantic, drop-dead-gorgeous Spanish fiancé? Or does she give the man she’d once loved but who’d treated her so badly another chance? Days in the sun or darts – it’s the choice she has to make. Throw in a Bolton-born lounge singer and a Take That tribute act, a famous TV actor with a reputation as a shameless flirt, and a major darts tournament that throws up more than it’s fair share of surprises, and all of a sudden Molly Parker’s life really is ‘Too Much Trouble in Paradise’ – a story of new beginnings, second chances, sun, sea - and darts!

"This book is very definitely worth a read"

"...download a copy of this book and buy yourself a ray of sunshine. Great characters and absolutely brilliant dialogue which flows throughout" 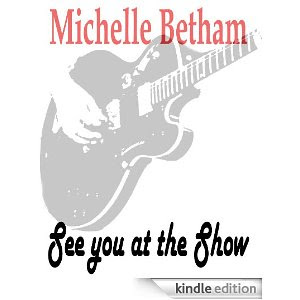 See You At The Show by Michelle Betham


Stevie Stone is a real-life rock chick. A roadie with Anglo-American rock band ‘Black Rock Diamond’, she’s very much involved in an on/off relationship with the band’s Californian-born front man, Mark Cassidy. Handsome, sexy-as-hell, and arrogant to the end, he’s a true Rock God. Together they give each other hell, but neither can do without the other.

Daniel Madison is a well-respected businessman and popular politician; married to the beautiful and elegant Samantha – the daughter of a Lord and Lady – they have the perfect marriage, and the perfect life. She’s happy running the local WI, involving herself in charity work, and supporting her husband. He’s well on the way to becoming Leader of his party, and realising his ultimate ambition of becoming Prime Minister.

So, what happens when those two worlds finally meet head on? When wild and sexy meets the perfect English gentleman?

When these two very different worlds accidentally collide, it sets off a chain of events that sees hidden feelings start to be uncovered, long-buried secrets revealed, and relationships changed - forever.

‘See You At The Show’ – when the performance of your life isn’t all you have to give…
Posted by Holly Hook at 8:00 PM