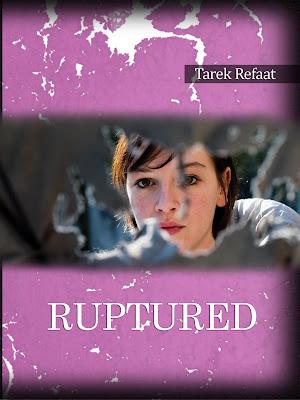 A year and a half after bringing her attacker to justice, rape victim Farida is trying to move on with her life. But now she faces a new set of challenges as she faces a society that instead of embracing her as a victim, tears her apart with its looks and whispers, a society that judges her blindly and silently, wonders if she asked for it. Farida faces her biggest challenge yet: the fight for her very identity and her right to live as a whole person.

"The subject of rape is always a difficult topic to speak out upon. It's something people prefer to shove into the back of a drawer, intent on forgetting that such a thing ever happened. This mentality extends to every reach of the world, not just in Egypt and the outlying reaches of the Middle-East. While this subject is often-times taboo, it's imperative that those who've gone through such an ordeal to take the time to address it. To tackle the issue head-on in hopes of being able to put it behind them.

Tarek Refaat tackles this issue beautifully, in a way that leaves the reader with a greater understanding of what's like to experience rape through the eyes of the book's heroine. We are able to feel her pain and her frustrations as the society around her begins to treat her as if she's nothing but a bug to be crushed underneath their feet. A society that fails to understand that she's a victim of an unfortunate circumstance.

What they fail to understand is that Farida is a not what they think she is. She's a victim who's having quite a hard time dealing with what has happened to her. Her mind refuses to accept and overcome the rape. She feels that her soul is torn and that it'll never heal completely. More so, she feels lost. As if she'll never escape the injustice that has been committed against her.

As the story progresses, we're able to see Farida gain strength in her convictions as she does her best to move on. When her co-workers and her friend, Sara, show her that she doesn't have to deal with everything alone, she finds it within herself to finally accept the world around her. Most of all, she realizes that friends truly do make it worth living for and that it's possible to love again.

Ruptured is truly a remarkable story. One I recommend others read. It's a story that is very heartfelt and quite moving. I think quite a lot can relate with she's gone though."--Amazon Reviewer
Posted by Holly Hook at 8:00 PM