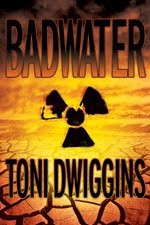 
Forensic geologists Cassie Oldfield and Walter Shaws embark on a perilous hunt--tracking a terrorist who has stolen radioactive material that is hotter than the desert in August. He threatens to release it in America's most fragile national park, Death Valley.

But first he must stop the geologists who are closing in.

As the hunt turns dangerous, Cassie and Walter will need grit along with their field skills to survive this case. For they are up against more than pure human malice. The unstable atom--in the hands of an unstable man--is governed by Murphy's Law. Whatever can go wrong, will go wrong.

"Fans of Nevada Barr will love this suspenseful literary mystery, where the brutal Death Valley landscape is as much a character as the renegade radworkers, dangerously eccentric desert rats, and dogged geologists trying to prevent a nuclear disaster." - Lisa Brackmann, author of the literary suspense novel ROCK PAPER TIGER, an Amazon Top 10 Mystery and Thriller Pick

"BADWATER is superb. It has a great plot with many twists and surprises, featuring real-life characters. The author did a very find job of characterizing the disconnect between all the measures intended to assure safety and the reality of things sometimes being unsafe. Truly well-written and engaging. A joy to read."
- David Lochbaum, head of the Nuclear Safety Project, Union of Concerned Scientists
Posted by Holly Hook at 8:00 PM