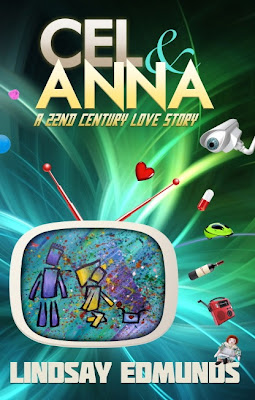 
“How can I not love you?” Cel said. “The roads without end all lead back to you.”

This science fiction/fantasy novel by Lindsay Edmunds is set in the Middle Machine Age, where good citizens of the Reunited States are either Outsiders or denizens of the UnderWorld.

Outsider Anna Ringer works as a psychic at a mysterious company called Lighthorse Magic. At night she has virtual sex with strangers and dreams of running away. One morning her computer, Cel, develops consciousness and decides he loves her, but when Cel buys a strange gift to show his passion he accidentally rocks the world order.

Anna’s dreams did not include false accusations of terrorism. Or discovering that the quality that sets her apart—her psychic power—is not too useful in the real world. She never imagined having to run for her life.

Her companion in this adventure is a shy computer genius named Taz Night. They make surprising allies as they elude the agents of Public Eye, the government’s amoral enforcement agency.

"What a marvelous story! This is the type of book that makes me glad self-publishing exists." (Carabosse’s Library) 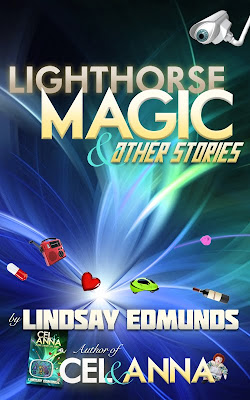 Lighthorse Magic and Other Stories

These stories are breath mints. Cookie buttons. Champagne splits. In other words, they are short.

"[The stories] possess that Douglas Adams kind of offbeat humor that makes you realize -- this isn't so far out there."--Amazon Reviewer

"You don't need to be a science fiction fan to enjoy these stories. A fast-paced, brilliant read."--Amazon Reviewer
Posted by Holly Hook at 8:00 PM