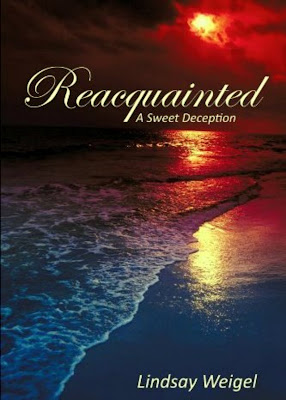 
Single and known for never finishing a romance novel, Laurie Wilcox is a creature of habit whose work consists of picking up after customers and helping them choose skimpy, yet still legal, outfits. In Fall River, Massachusetts, life is mundane to say the least-that is, until a handsome stranger walks into her store and changes her life forever. While the stranger pays for his purchase, his hand grazes Laurie's. Suddenly, she is fed an image of a man with fangs who is about to bite. As he smiles and leaves, Laurie experiences a weird, almost déjà-vu feeling. But when the stranger returns and invites Laurie and her co-worker to a dance club, Laurie is disturbed. Something about Alexander Young is making her feel uneasy, but despite her worries, she finally agrees, opening herself up to new experiences and a potential romance. But when a part of Laurie's life is put into question-as well as the people in it-she must decide whether friendship, life, and most importantly, love is worth all the sweet deception.

"5 out of 5 stars for Reacquainted by Lindsey Weigel!!! Grab your copy and get swept away into a jaw dropping world of secrets and choices that will leave you breathless and begging for more!!!"--Amazon Reviewer
Posted by Holly Hook at 8:00 PM