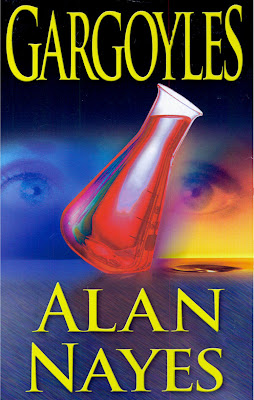 Brilliant pre-med student Amoreena Daniels needs money. Desperately. Her mother is dying of cancer and her medical insurance has run out. When a seemingly perfect women’s clinic offers Amoreena a generous payment for service as a surrogate mother, Amoreena thinks her prayers have been answered. But then—much too early—her baby begins to move.

The strange dreams, another surrogate’s mysterious death and a drug-addicted former medical intern confirm Amoreena’s worst suspicions: there is something terribly wrong with the pregnancy. Amoreena embarks on a dangerous journey to uncover the truth behind the endless battery of genetic tests, sonograms and frightened patients, only to discover that she has unwittingly become a pawn in a high-stakes game of biomedical experimentation.

"Amoreena Daniels is a top-of-the-class pre-med student and she's helping her mother fight a losing battle with cancer. On top of everything else her mother lets her health insurance lapse and now she's not covered for any of the expensive treatment for her cancer. What is a daughter to do? Well, Amoreena finds out about a surrogacy program and, after much thinking, signs a contract. Then finds out things aren't all what they seem to be.

This book was an easy read for me. It flowed smoothly, the characters were well-fleshed and the story progressed in a timely manner without excess description. I had a hard time putting it down. I wanted to know what the heck was going on, so I was compelled to keep turning the pages. Alan Nayes dropped breadcrumbs to the mystery in well-timed proportions. In other words, before I got too frustrated in the unraveling and peeked ahead. A fine balancing act!

The only problem I had was that Amoreena was an excellent pre-med student and she kept ignoring not only factual information about pregnancy in general, but her own gut feelings as well. I kept wanting to smack her upside the head, but it was only an occasional urge, so I was able, for the most part, to ignore it.

All-in-all a most excellent read! I definitely look forward to reading more books by Alan Nayes."--Amazon Reviewer
Posted by Holly Hook at 8:00 PM