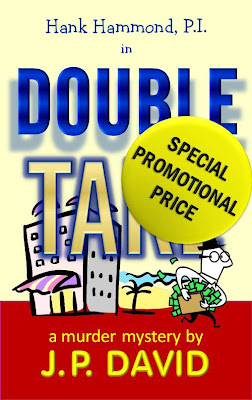 Hank Hammond, ink hardly dry on his private investigator business cards, never anticipated that a chance encounter with a pair of suspicious characters and a mysterious crate would change his life forever. But it did, and nearly ended his life...also very much forever. And the deeper Hank gets into his investigation, the more the danger spreads until ultimately imperiling other innocent--and not so innocent--people, including his client, wealthy octogenarian Walter Tompkins, the client's favorite grandson Richard, and Hank's reluctant investigating partner, legal assistant Lori Reed.

Navigating the varied neighborhoods of Kingston Beach, California, from hilltop country club to Dumpster site, coastal marina to his own apartment, Hank unravels a series of crimes--past, current, and future--and with just the right combination of strength, skill, cunning, and luck he might just be able to prevent the most virulent crime of them all.

"Hank Hammond is da man! what a fantastic novel -- I loved it and eagerly await reading his next adventures!"
Posted by Holly Hook at 8:00 PM