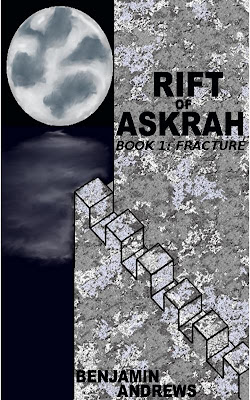 
What seems to be true on the surface is rarely the truth. Nihlen Draven, First Prince and heir to the throne of the nation of Draven, has lived with undeniable truths his entire life. In an instant though, all those truths are shattered. After being kidnapped, and his kingdom subjugated by the neighboring nation of Rinh, Nihlen's life begins to spiral out of control. Thrust into a world he thought he understood, Nihlen must fight for his very life, and the fate of his kingdom. Every day becomes a battle for survival as he tries to understand the unimaginable changes taking place all around him. The age is turning, and that age centers around him. The forgotten past of a land called Askrah is slowly enveloping the world, threatening the safety and lives of people all around the world. With comrades he finds along the way, including some of his kidnappers, Nihlen must begin to unwind the mystery of a world he truly knows nothing about. In time he will discover saving his kingdom is only the beginning. With danger around every turn, and many enemies seeking his death nipping at his heels, Nihlen and his comrades must do everything they can to stay a step ahead, and survive long enough to find the answers they seek in this first installment of the Rift of Askrah series.
Posted by Holly Hook at 8:00 PM