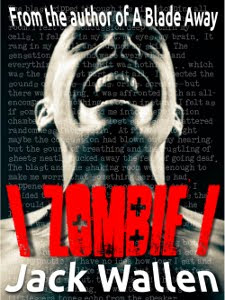 I Zombie I by Jack Wallen

In a moment of pure chaos, the majority of the Earth's population became the walking dead. One man promises to unveil the truth.

When journalist Jacob Plummer is bitten by one of the undead he turns to the written word not only to ease the pain of change, but to reveal a truth that could spare the world from extinction.

As Jacob attempts to reveal the conspiracy behind the virus he fights off the undead masses to save the planet from a collision with entropy.

"I'd never read zombie horror before, though I DO enjoy the occasional horror novel. I read Wallen's Fringe Killer series and his "Shero" before moving on to this and I have to admit--I should have read this one first.

This book is awesome. It has the author's trademark lyrical writing that tends more towards literary prose. It also has the cringe-worthy, skin-crawling gore and horror that Wallen does so well. He is a true horror writer, through and through. I fell in love with the protagonist, as well as the feeling of being inside Jacob's journal during the zombie apocalypse. I'm looking forward to picking up the next book in this series!"--Amazon Reviewer 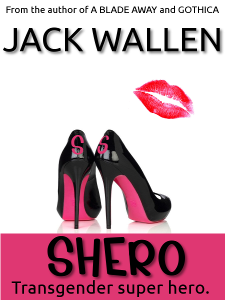 
Shero is not your ordinary super hero, that is unless you consider a cross dressing super hero a part of the norm. But unlike the every day super hero, Shero battles more than evil villains. Shero battles broken heels, runs in his stockings, broken nails, and the scorn of the public at large.

In this first installment Shero finds the perfect black dress, a possible lover, a deadly shade of fingernail polish, some nasty, nasty foes, an internal super hero political war, and a narrator full of attitude.

Caution: You may find yourself yelling "You go girl!" which could certainly lead to public humiliation. You've been warned.

"With tongue in cheek humor and a splash of glamour, Shero is here to save the day. Standing for truth, justice, and stylish shoes, bad guys don't stand a chance against our superhero!

I loved this story. I especially loved the character of Shero who stayed true to himself even when it seemed the whole world was against him.

Suddenly I feel the urge to don a little black dress and go kick some bad guy boo-tay ..."--Amazon Reviewer
Posted by Holly Hook at 8:00 PM