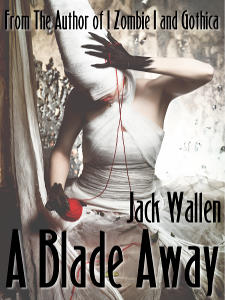 A Blade Away by Jack Wallen

Jamie Davenport is a struggling young officer on the Louisville Police Force. In her first homicide case, Jamie must track down a twisted killer who preys upon transgendered men to bring about The Change and transform them into their “true selves”.

“I am da Vinci with flesh.”

However, even with the help of her friend and mentor, Skip Abrahm, she finds herself fighting a war on three fronts: a victimized population reluctant to cooperate, a police force unwilling to take the crimes seriously, and a killer that is always one step ahead.

“I am a god with your gender.”

"I've said before that the hallmark of a good book is two-fold: If you're tired the next morning from staying up late to read just one more chapter (and then another, and another) and if your mind revisits parts of the novel days, weeks, or even months later, like remembered reaility instead of a fictional account. A Blade Away had me on both counts. If Wallen can handle serial killers, the transgendered, cross-dressers and the suspense genre in such a creative, finely-tuned, and insightful way as he's done with A Blade Away, then I can't wait to read his other novels!"--Amazon Reviewer 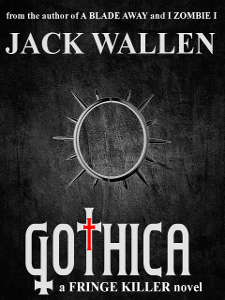 In the second book of the "Fringe Killer" series, Detective Davenport finds herself dealing with horror brought to life from the past. A killer is terrorizing the same building that held him prisoner -decades ago.

A killer from the past manages to escape the bonds of time and redefines "horror" for Jamie Davenport. In this new entry to the "fringe-killer" series, Gothica, Detective Davenport finds herself dealing with horror brought to life from the past. This time the killer is terrorizing the same building that held him prison - decades ago. The building now serves as a club for the darker denizens of Louisville...and a breeding ground for the emotions needed to bring evil back to Gothica.

Weaving elements of both the horror and the thriller genres together, Gothica tells the tale of the past and the present as they collide in the darkest recesses of a club built upon suffering and sorrow. Jamie Davenport and Skip Abrahm are tossed into a world of gothic delights and horror as another Fringe Killer is brought to life.
Posted by Holly Hook at 8:00 PM