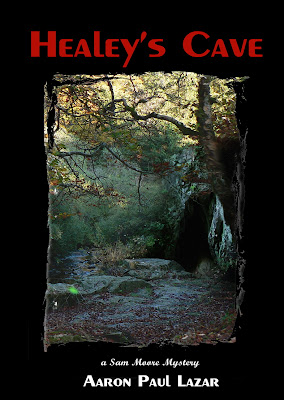 Sam Moore's little brother vanished fifty years ago. No body. No answers. What Sam has is a boatload of guilt, since he failed to accompany Billy on his final, fateful bike ride.

While digging in his garden, Sam discovers a green marble with a startling secret—it whisks him back to his childhood, connecting him to Billy. Thrust back and forth through time, Sam struggles to unlock the secret of his brother’s fate.


When the FBI investigates remains found nearby, Sam learns of a serial killer with a grisly fifty-year record. Sam’s certain it’s Billy’s killer. But what’s worse, his grandson fits the profile of the murdered boys. Will the killer return to Sam’s town to claim his final kill? Can Sam untangle the truth in time to save him?

"Author Aaron Paul Lazar has a gift for creating characters grounded in reality, people you feel you recognize, and care about, right away. That’s a good thing, because Sam Moore’s situation is about to take a hard turn into paranormal territory.

Healey's Cave is a good read with an interesting and believable plot, even when it ventures into the realm of time travel. Its real strength, though, is in its characters, especially Sam, his wife Rachel, and his grandson Evan. They are people you’ll remember meeting long after you’ve closed the book."--Kerry Dexter, entertainment critic


"I love how Aaron Paul Lazar has drawn the characters in his book. He sketches the relationship of man and wife in soft strokes, like a lovely pen and ink drawing on fine paper. A grandparent taking delight in the love of his grandchildren is a pastel portrait framed in gold. Childhood friendships drenched in sepia tones are like old photographs in a long forgotten album taken from the shelf."--Natalie Neal Whitefield, author:
Posted by Holly Hook at 8:00 PM