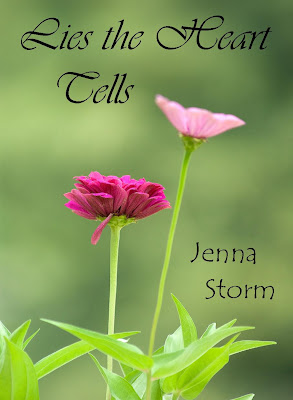 Hired by newspaper owner Laura Danilov to run a project aimed at reintroducing wolves into the wilds of Montana, Drew Allison has had little success signing on local ranchers to her cause. Instead, the ranch where she’s headquartered has suffered a string of malicious pranks she suspects is aimed at shutting her project down. When Mackenzie Sawyer falls out of a tree and into a job taking care of the ranch, Drew thinks her luck has changed for the better.

Things soon go from bad to worse, however, and Drew realizes nothing is as it seems – especially Mackenzie Sawyer.

When her quest for answers turns up a most unexpected one, she isn’t sure what to believe. She must then decide whether to listen to reason or to follow her heart as she attempts to discover what lies the heart tells and why.

"I was drawn to this book because of where it was set and because it involved wolves. I thought it would be original. It was original and quite an enjoyable read. I loved the description of the landscape and there was some good characterisation. It wasn't too predictable either."--Amazon Reviewer
Posted by Holly Hook at 8:00 PM