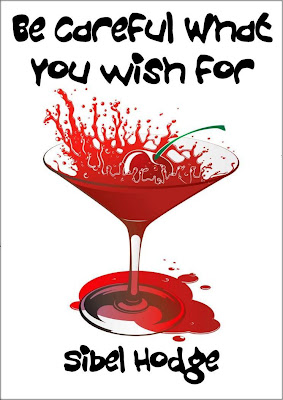 Be Careful What You Wish For by Sibel Hodge


Armed with cool sarcasm and uncontrollable hair, feisty insurance investigator Amber Fox is back in a new mystery combining murder and mayhem with romance and chicklit…

Somehow, they’re all related, and Amber has to solve a four year old crime to find out why.

As she stumbles across a trail of dead bodies and a web of lies spanning both sides of the social divide, it’s starting to get personal. Someone thinks Amber’s poking her nose in where it’s not wanted, sparking off a game of fox and mouse – only this time, Amber’s the mouse.

Amber’s forced to take refuge in the home of her ex-fiancé, Brad Beckett, and now it’s not just the case that’s hotting up. So is the bedroom…

All Levi Carter wanted to be was the boxing heavyweight champion of the world, but at what cost?

All Carl Thomas wanted was to be rich, but would his greed be his downfall?

All Brad Beckett wants is to get Amber back, but there’s a reason for the ex word.

Be careful what you wish for…you might just get it.

"Sibel Hodge is a very special writer. Her prose sparkles with wit and verve. Her characterisations are full of life and she tells a story in Be Careful What You Wish For that is lively, engrossing and fun to read. Amber Fox is a great, fully formed character that you can believe in. This is the first Sibel Hodge book I've read and I enjoyed it very much-- and I'm someone who tends to stick to reading favourite female authors such as Janet Evanovich, JD Robb, Marcia Muller and Linda Fairstein. I'll be adding Sibel Hodge to that list from now on."--Amazon Reviewer

"I loved this. I have never really thought about reading 'chicklit' before but this was ace! I could not put it down."--Amazon Reviewer
Posted by Holly Hook at 8:00 PM