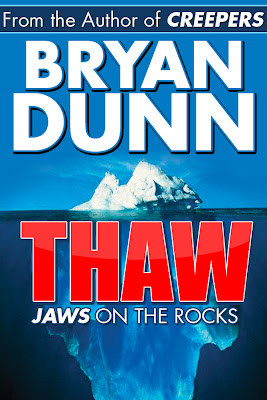 Arctic bush pilot Harry McNills is minding his own business and dreaming of retiring to the Caribbean --when two scientists from Cryolabs Corporation charter his plane for a scientific expedition. The beautiful young biologist Amy Tyler and her boss, the avaricious Hayden Lockwood, want to explore for freeze-tolerant organisms. Harry gets more than he bargained for when he falls for Amy and discovers an ancient terror entombed in an iceberg. A Navy team is assembled to exhume the remarkable find. But before the job is completed, something goes horribly wrong...and Harry and Amy find themselves trapped in a desperate struggle for survival.

“Thaw is an action-packed, heart-pumping thrill ride that keeps readers on the edge of their seats.” --Will Plyler, Mania.com