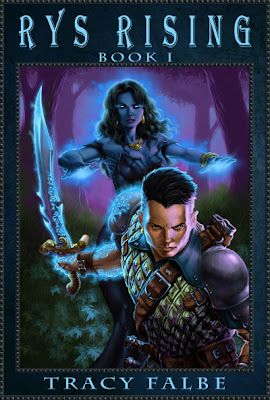 An outlaw rises to become a dreaded warlord, the terror of kings. He takes the name Amar and seeks to join the Kez, the fiercest mercenary society in the tribal kingdoms of Gyhwen. His fearless ambition is inspired by Onja, a mysterious rys female whose magic has shaped Amar into a loyal friend. He zealously pursues her every command and hopes to join her in her mythic homeland of Jingten. But he knows little about the challenges confronting Onja. She and all rys are the reviled creations of the tabre of Nufal, and Onja longs to expel her hated masters. To liberate the rys, she knows that she will need more than Amar's help. Onja sees her best hope for an ally in Dacian, a prodigy among rys, but he is loyal to the ruling tabre order and dreams of winning equality for the rys nonviolently. He holds tenaciously to his ideals even as the tabre brutally subjugate him. Will he endure more dark abuses for the sake of peace or reach out to Onja? And what fate is Amar blindly embracing as he kills for her? Like a tree crashing in a storm, all civilizations will crack when hit by the force of the rys rising.

“Rys Rising is a wonderful novel where the author brings the world to life through such great detail that it paints pictures in your head so you don’t even feel like your reading anymore but watching the movie play out.”--From the 5 star review at Great Minds Think Aloud Literary Community