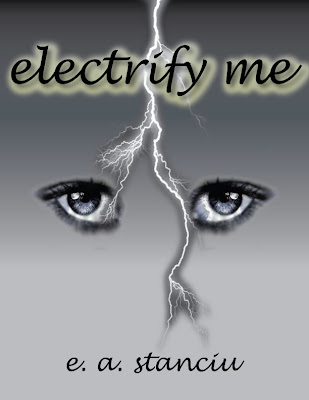 Electrify Me by Erica Stanciu


A young and reckless Water King broke the number one rule, don’t be friendly with the other Wielding races. Consequently, nine months later the first hybrid was born of earth and water. Being adored as a child, Kaiya was in for a rude awakening when the teenage years dealt her a hand she had no control over. With the ability to manipulate electricity at the young age of thirteen she was forced to stay in the palace where solitude was her best, and only friend.
Fast forward five years where she is a trained, eighteen year old fighter. Her birthday party also doubles as a reintroduction to the Water people but, the only surprise given that day was death. Tragedy strikes which forces Kaiya into a journey of monsters, relics, prophecies, love, but most of all, the ability to believe in herself once again.

"This book is epic, I read it in one day. I didn't do so well on my finals, but who cares? I am going to read it again and then probably again. I saw from the other reviews that there is going to be another book and I'm so excited. Hopefully it doesn't come out during mid-terms because I might just flunk out of college."

"I absolutely loved this book! It was brilliantly written (perfect balance of description and dialogue). The author was original and creative, and I loved the imagery. Characterization was amazing where I felt like I was growing with Kaiya. Electrify Me kept me so interested that I literally could not put the book (or rather, my Kindle app on my phone) down. I finsihed it in two days! I worst part was that it ended! I will be waiting for the rest of the series with excitment. Definitely a must read! :)"