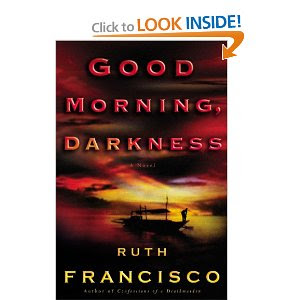 
Three sheets to the wind, Sheriff Bill Crocker drives home late at night on a country road, swerving into a woman and her young daughter, who sit in a parked car. He knows the law, he knows what’s right, but in a panic—a moment of supreme stupidity—he takes off into the dark.

When he gets home Crocker realizes how devastating a hit-and-run will be to his career. But he cannot begin to imagine the aftershocks that will ripple through his community. People lose jobs, marriages break down, children commit crimes, homes are lost, schools are disrupted—the community is ripped asunder. He does the worst thing he could possible do—he tries to cover it up.

Crocker fights back, using all his old tricks. But when a human skeleton shows up in a sinkhole, Crocker’s little empire begins to unravel, revealing horrifying secrets from the past.

Evocative and poetic, rich with Southern imagery, deep with emotion and humor, Sunshine Highway is an epic saga about the struggle of the South to shake itself free from a painful past to join the twenty-first century.

"The adroit plotting and additional fillip at the end . . . qualify this as one of the year's best mysteries."--starred, Publishers Weekly (Publisher's Weekly )
Posted by Holly Hook at 8:00 PM