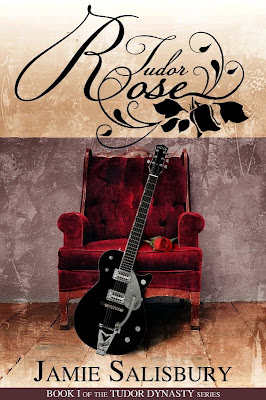 Amadeus Tudor is rock star royalty. Tudor is part of a musical dynasty, who has risen to a level of fame usually seen once in a lifetime. He’s the front man for Tudor Rose, one of the top selling, most beloved rock bands in recent memory.
Zara Middleton, long time former manager and publicist to Tudor Rose has been brought back into the fold, this time as Amadeus Tudor’s personal body guard. Someone is out to harm Amadeus, the question is who. And why would someone want to harm him? He has no known enemies, his fans as well as his business associates adore him.

As the new tour gets underway, unsettling things begin to happen and Zara wonders who among Amadeus’s new management team she can trust.

The tour also finds Amadeus and Zara inseparable. As Zara becomes aware of long ignored feelings and emotions toward her former client, Amadeus takes charge, determined not to lose the only woman he’s truly loved again.

"So the book had me at the sample... I read the sample and bam! I was captured by the handsome Amadeus Tudor after I met him... The story is told kinda fast but that's not really a issue for me, I like the faster paced stories anyway! This is a def chick lit book! It seems like more is going to happen on the next be! I will read the next book!"--Amazon Reviewer
Posted by Holly Hook at 8:00 PM