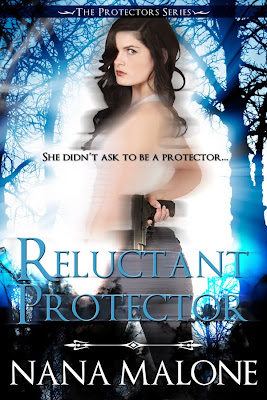 For five years, Cassie Reeser has been her brother’s personal lab rat. Peter’s experiments have made her a stronger, faster, better human. And she’s not the only one – he’s been experimenting on others as well. For five years, escape has eluded her. Until now. When she finds out he plans to sell her as a human weapon she knows it’s now or never. To make her escape she’ll sacrifice family bonds and leave behind the one person who’s ever helped her. Cassie’s learned to shrink from kindness and to never trust anyone. She knows the day Peter finally captures her will be the day she dies. To elude her brother and save the others, she’ll have to risk her body and her heart. What she doesn't expect is a chance at a normal life.

Seth Adams is used to sifting through lies to find the truth. As a former war correspondent he knows what evils lurk in the world. When he finds Cassie hiding out in his car trunk, her story sounds like a fantastical dream. But, before long, he witnesses firsthand what she’s talking about when they’re attacked by a group of Peter’s soldiers. As a result, he goes through his own transformation into a super human and realizes the extent of what Cassie is running from. Cassie might not think she needs his protection, but he’ll die before he lets her brother have her back.

"I read this story twice and hope there will be more Cassie and Seth to come in future books. They're a fantastic couple even without their super powers.

Cassie is a biological freak and social misfit thanks to her brother's experiements to turn her into a human weapon. But she isn't one to boohoo about her situtation. Even though previous attempts at running away from GenLife lab and Peter have failed, she's giving it another shot. Not just to save herself, but all the other kids Peter is holding captive and experimenting on.

Seth, a reporter back from Afghanistan, happens to be Cassie's unexpected way out, and after some initial hesitation, he steps up to the plate and helps her layout a plan to stop Peter and save the others. Their relationship is funny, sad and emotional as the two discover themselves as well as each other.

Ms. Malone knows her way around romance and this new novella is a fantastic read. I couldn't put it down either time I read it and I'm jonesing for more in the Protector series."--Amazon Reviewer
Posted by Holly Hook at 8:00 PM