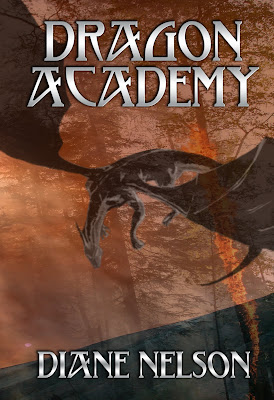 
With high school finished for the summer, Nick looks forward to visiting his aunt and uncle in New Jersey. What awaits him is a heat wave like no other - and the last two Greywings on the planet. Nick has an innate ability to train horses but will he be able to translate his amazing skill to these teenage dragons?

The steaming soup of mid-summer heats up tempers and tests resolve as Nick vies with fellow trainers, Keith and Maxie, for mastery over their new charges. The dragons, Nikita and Michael, typical teenagers themselves, have other ideas.

Nick treads a torturous path through a minefield of competing demands: the expectations of his aunt and uncle, recalcitrant horses, the Academy’s female students and the overwhelming egos of Nikita and Michael. One small mistake erupts into a conflagration that hurls everyone into a race against time and the overwhelming forces of nature.

“…the read is engrossing, funny, sometimes an edge of your seat thing that is ridiculously entertaining.”—Paul Neto

"As a teacher, I would definitely recommend my students read this book. It was fast paced and enjoyable. The dragons were quite the characters, In fact, all the characters were easy to know and easy to love. The hint of romance was just enough. I had a few laughs and a few moments of dread while reading this also.”—Laura DeWalt

“My kids loved this, so I read it, and saw why. Ms. Nelson easily creates an enchanting world, and Dragon Academy is a delight of a magical adventure.”—readin’ it, Amazon review
Posted by Holly Hook at 8:00 PM