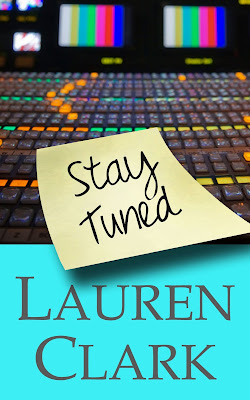 Behind the Scenes in the TV News Biz: Deadlines, Divas, & Danger

For TV producer Melissa Moore, crisis management comes with the job. From employee meltdowns to her high-maintenance boss, there’s not much she hasn’t seen or can’t handle. But no one—including Melissa—expects a fistfight during the ten o’clock news. When sexy-but-crazy Alyssa Andrews lands a punch on her co-anchor’s face, Melissa jumps on set to help. She’s determined that WSGA’s reputation won’t be destroyed on her watch.

Both anchors are fired and Melissa agrees to fill in—but not before polishing her look from haircut to heels. While the new Melissa wows WSGA viewers, her personal life begins fraying at the edges. Melissa’s husband is away more than he’s home, leaving cryptic Post-it notes in his wake. Her mother’s antics spiral out of control at the nursing home, a friend’s daughter disappears, and a stalker makes Melissa her next target.

What happens next? Stay Tuned…

“Stay Tuned is as faced-paced as a real-life newsroom. The drama on the air and behind the scenes will keep you racing toward the last page!-Devon Walsh, News Anchor, WKRG-TV

"Loved it and you will too. Lauren accurately portrays life in a television newsroom...the personalities, the pressures, the pace. Stay Tuned captures the drama that TV viewers seldom see. The book will draw you in and leave you wanting more."-Anne Richter, News Anchor, WWNY-TV

"Stay Tuned is a great read! The story of a career woman juggling life and love and finding herself along the way. I couldn't wait to get to the end to see if my suspicions were right about Chris. Author Lauren Clark writes so well you can feel what the characters feel. And it's a very true representation of the TV news industry!"-Lauren Davis, News Anchor, WVLT-TV
Posted by Holly Hook at 8:00 PM