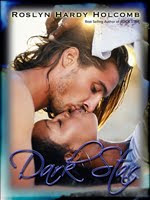 Tonya Stephens is a woman who has it all. Not only is her career as the author of a very popular mystery series smoking hot, she also has a thriving business and a robust love life. Then on the night of her greatest triumph a ghost from her past appears; Nate Randolph, the man who left her long ago with nothing but a web of lies as a memento. His reappearance is particularly devastating as he comes bearing tales even more preposterous than the ones he told before. Before she can say Raymond Chandler Tonya finds herself on a South Pacific island knee-deep in a Byzantine intrigue too bizarre to be fiction. As a pawn in a chess match of murder for fun and profit she has to put her trust in a man who subjected her to the worst betrayal. This time there’s far more at risk than a broken heart. Will she survive this high stakes game, or will he let her down again, costing her life?

"I was hooked from the first sentence. This book has it all: well written, great sex, drama, chase scenes, stalking, murder, mayhem, romance and a very good storyline. A good sequel to Rock Star. Oh and did I mention great sex scenes? For anyone who is looking for a really good book, I highly recommend that you buy this one. You won't be disappointed."--Amazon Reviewer

Like the sinfully decadent treats she whips up in her bakery, Poppy Blakemore is irresistible, even to a battle scarred warrior like Matthew McAlister. Unfortunately, except for a love for delicious pastry and a passion so hot it leaves them scorched in its wake, the two of them have nothing in common. He is a straight-as-an arrow helicopter pilot who has been traumatized by combat, while she struggles to reconcile her capitalist tendencies with her counter-culture background.

The passion between them is undeniable, but Poppy knows that anything more than a sexual relationship is out of the question. Matthew wants so much more. Are sex and buttercream going to be enough to hold them together, or is their love doomed like an overcooked madeleine?

"I've read all of Roslyn's books and each one seems to be always better than the last. Her writing is such that I wanted the recipe for the cupcakes. The attraction of Matthew and Poppy was evident from the first scene. I liked that the two adults did not deny their attraction. This is a book that is written for grown-ups- hot, sweet and spice."--Amazon Reviewer
Posted by Holly Hook at 8:00 PM