The Darkness by Bill Kirton

Andrew Davidson is a conscientious, respected G.P. but when his brother is found with his throat cut, his thoughts turn to anger and revenge. Known villains, who have managed to evade justice thanks to the efforts of one of Cairnburgh's cleverest lawyers, begin to disappear.

For Rhona Kirk getting on with her life means taking control...

A victim of rape, Rhona starts a new life in Dundee but finds it difficult to shake off her past, and the men she's connected with also go missing. When the threats start, Rhona accepts help against her better judgment.

For DCI Jack Carston, putting the puzzle pieces together is a race against time...

Carston searches for the links between all these vanished persons, aware all the time of his own darker impulses and sensing the strong bond between himself and the vigilante. What he finds is beyond even his worst imaginings.

Will Justice remain blind when darkness invades the soul?

"clever, tightly constructed, immensely satisfying and peopled with a cast of completely believable characters, who don’t let you go until the final word" (Michael J. Malone)

"a dark, intense ride … a book that keeps you guessing right until the exciting conclusion." (P. S. Gifford)

Professor Hayne, of the University of Grampian, Scotland, is a sick man. But when he fails to recover after an operation, the discovery of mistakes in both surgical and anaesthetic procedures suggests that his death was far from accidental. His political manoeuvring had made him many enemies, all of whom would benefit from his death.

DCI Jack Carston is frustrated as hospital staff insist that the two ‘errors’ which killed him couldn’t have happened. As his investigations continue, two other stories unfold, both centred on Sandra Scott, a student in Hayne’s department. She’s being targeted by a stalker and sexually harassed by a member of the departmental staff.

Carston eventually unravels the mystery but even he is surprised by the story’s final twist.

A warts and all look inside academia and the world of medical maneuvering.

University and hospital politics, a suspicious death, a stalker, a salacious lecturer, egotistical doctors, long-suffering nurses, an uptight administrator and a soupcon of sex … a thoroughly engrossing medical mystery with a surprise ending that was totally unexpected. (Chris Longmuir)

The author accurately depicts not only the academic and hospital settings, but the psychosocial motivations between its colorful characters. We also get a creepy look into the mind of the stalker as his offenses escalate.
As in all the best mysteries, the author created a multitude of plausible suspects that kept me guessing throughout, but then pulled off an uncontrived resolution to the `whodunnit' that managed to surprise me. (Melissa Conway) 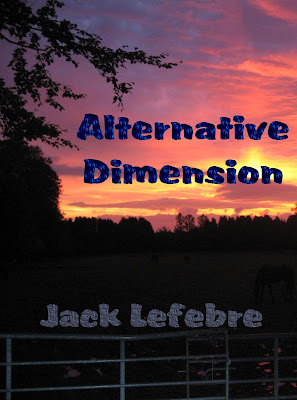 Joe Lorimer is a genius. His finest achievement is the online role-playing game Alternative Dimension, but he sees it as more than a plaything. He’s fascinated by the freedoms offered by living in a virtual world and the more sophisticated he makes his creation, the more superior it seems to the alienating, faceless, ugly realities of daily life.

His visits reveal many secrets of the psychology of the real people who are creating the avatars he meets. There are lovers, killers, crazies, animals, elves, vampires – even Health and Safety inspectors. Their stories are mostly wry, funny observations on the lives we all live and the real societies they’re lived in.

But Joe’s fascinating attempts to bring the real and virtual together, to fuse the person and the avatar, lead eventually to an outcome which seems a far from ideal solution.

Depending on your perspective, the ending is either a triumph or a tragedy.
Posted by Holly Hook at 8:00 PM