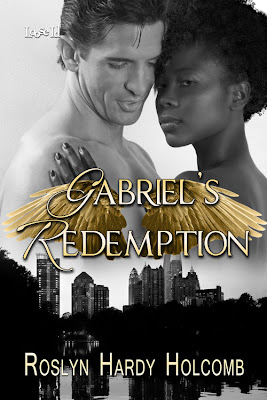 When Ryannon shows up on Gabriel’s doorstep claiming that he is an archangel with the power to trigger the Apocalypse and that he’s in danger from an End of Days cult, he thinks she’s crazy -- crazy hot -- but still crazy. Despite being a trumpet player named Gabriel, the life he’s led has been anything but angelic. But with the cult already in hot pursuit, he has no choice but to accept it for now. He and Ryannon must go on the run to save themselves and dozens of others from the cult leader’s diabolical schemes.

Even the desperate circumstances are not enough to dampen the fiery lust that pulls them together. Gabriel knows that Ryannon is the one for him, but he’s a player and always has been, and Ryannon has no intention of being just another woman in his bed. Will they survive long enough to develop trust, find love, and somehow avoid inadvertently setting off the Apocalypse?

"Usually, I don't read books with a paranormal setting. But I like this author, so I will buy just about anything she writes. It did not disappoint as a good read. It had enough good sex. It was well written with no obvious typos. The storyline was easy to follow without any disjointed paragraphs or poorly written sentences. So overall a good read."--Amazon Reviewer 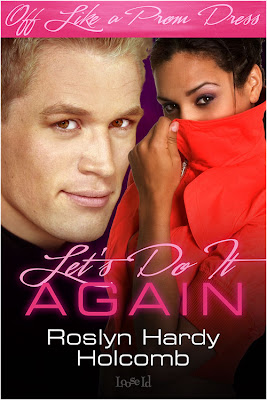 Let's Do It Again by Roslyn Hardy Holcomb

Series Note: Although part of the Off Like a Prom Dress series. this title can be read on its own.

Can you get a do-over in love?

Teenaged lovers Jack and Dyanne had to get married when an unplanned pregnancy spoiled their fun. After enduring seventeen years in a hollow marriage Dyanne divorced Jack and struck out on her own. Now, five years after their divorce, Dyanne realizes that she still wants him — at least for sex — so she propositions him for a post-marital affair.

Jack's willing to do anything to get Dyanne back. Even though she insists there are no feelings left between them, he knows better. He’s been waiting all this time for an opportunity to show her how good they can be. Together they explore the limits of their sexual desires in a way that was never possible when they were married.

Dyanne's surprised to discover that they're having a great time. Jack doesn't want it to end there. Fun and games are all well and good, but can they really overcome the disaster that was their marriage and try one more time?

"Wonderful characters, Wonderful storyline, and wonderful book. I find myself always reading the title with a smile on my face because the story was so good, I wanted to do it again and again. This is definitely one that I click on and read my favorite parts. I had to review this book so that anyone who is wondering about getting this book could wonder no more....buy it and you won't regret it."--Amazon Reviewer
Posted by Holly Hook at 8:00 PM